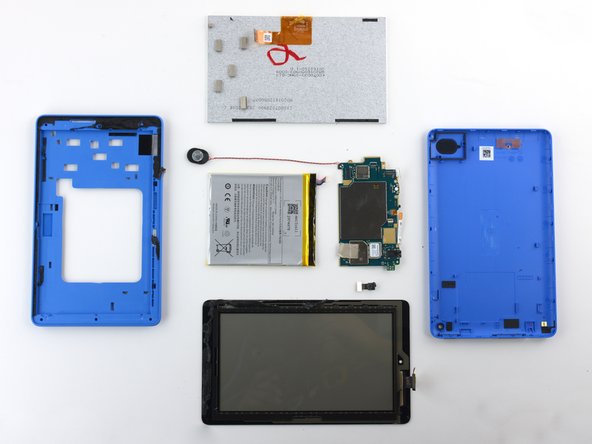 Disassembly of the Amazon Fire Tablet 5th Generation revealed a simple design with a LCD display, motherboard, battery, and unfused digitizer. The digitizer and battery adhesives needed some elbow grease to break through, but overall we were happy to award this design a 7 out of 10 for repairability.