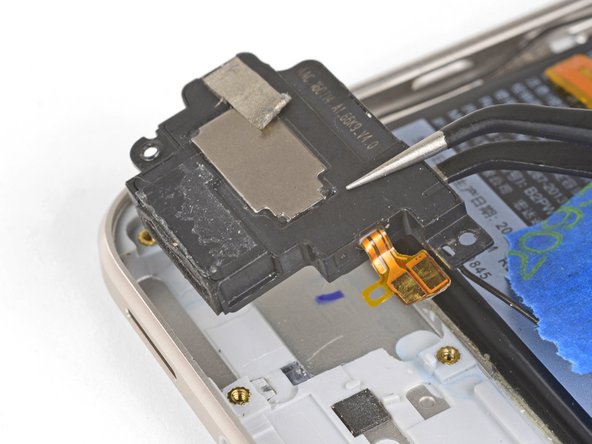 This guide has been updated!

Great guide! Don’t be like me (on step 14) and sever your power and volume cable while sliding the pick up the right side of the mid-frame.

I’m sorry to hear that! I’ve updated the step to hopefully mitigate that potential damage.

I installed a new battery and screen and now the loadspeaker does not work. I never removed the daughterboard so I'm not sure what I did to cause it not to work. Is there anything else to try before I take it back apart?

Does the vibration motor still work? Does it charge properly? The first thing I would check is to re-seat both ends of the wide ribbon which connects the motherboard to the daughterboard. Make sure there are no particulates in the sockets.

You can test the phone without the midframe installed—the earpiece speaker just won’t work as it’s attached to the loudspeaker. If you do, be careful not to short anything!

Add me to the list of people who cracked their screen trying to open up the device :-(

In other news: The antenna patch connecting the daughterboard to the replacement loudspeaker isn’t adhering properly. I tried taping it down with electrical tape but it won’t stick. What are my options here? Will superglue work? Does the midframe hold down the patch or is it fully dependent on the adhesive?

I’m sorry to hear about the cracked screen. It is definitely a difficult feat—we’re trying to work out an easier and more reliable method.

The midframe will definitely hold down the patch once it is in place. Make sure that the patch is not creased when you install the midframe. Double-sided scotch tape works well also.

Thanks for the prompt response, really appreciate it. I’ll get rid of the electrical tape on the loudspeaker patch and let the midframe do its thing.

Regarding the guide: I watched several Pixel XL disassembly videos on youtube, and believe that despite copious amounts of glue, the top and bottom should be propped up first, followed by a gentle prying of the sides. The initial entry on the side is what caused me to crack my screen. In any case thanks again for the guide, it was helpful nonetheless.

Yes, that may be a safer option. I’ll look into updating the guide.

I bended them out slightly but the issue still persists

I moved your question into the Answers forum, where it will have a higher chance of being answered. You can follow it here: Crackling noises after loudspeaker replacement.