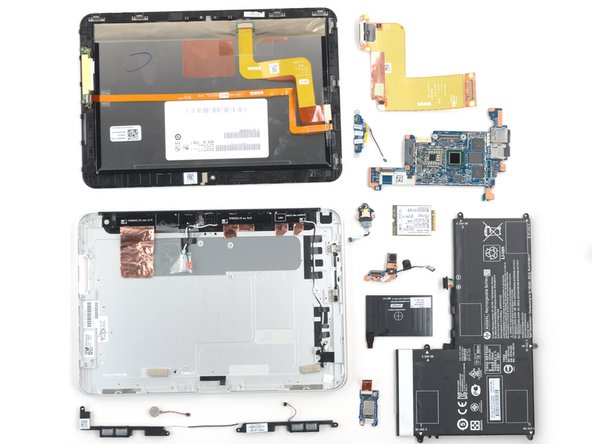 The HP ElitePad 1000 G2 received a 7 out of 10 on our repairability scale, as it is easy to open (especially for a tablet), making most repairs significantly easier. The battery replacement destroys consumables and the RAM and SSD are non-replaceable, however, hurting its score.

Thank you for your great explaining. So, I translated it to Japanese.