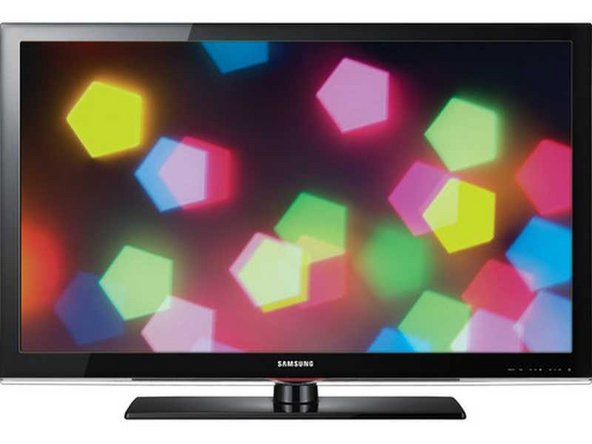 I was given a free Samsung Television model LN40C530F1FX2A that wouldn't power on that I found on Craigslist.

The Samsung LN40C530F TV was found to have a solid Red LED on the front panel when plugged in. Upon attempting to power on with the remote, the audio sounded the power on melody and the backlight turned on then off on the fourth LED blink. The LED only blinked red and turned off on the sixth flash. The power off melody sounded when pressing the power button on the remote again where the LED stayed solid RED.

The voltages of the Power Supply board were tested and I found the 13V rails were all testing 12.1V.

All other voltages, other than the 800V CN801 that was not tested, were found to be in specification.

When the main board was unplugged from the Power Supply board the backlight was found to stay on when powered ON.

After reading feedback from others, the solution appears to be to replace the main board next to see if the system functions as specified.

I've found other free TV's on offerup.com, letgo.com and other online sites. These are good sources of electronics to practice on if you are a student, hobbyist or whatever compels you to save some electronics from going into the junk yard. Enough of the electronics restore, repair, re-use and recycling advocacy. Let's get repairing!