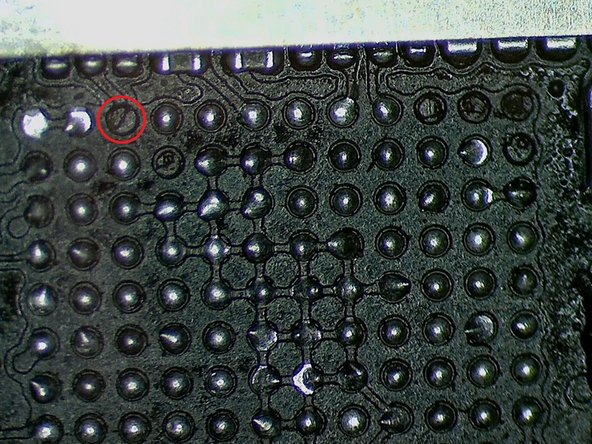 Since the release of the iPhone 7 and iPhone 7 Plus in 2016, we have seen many strange issues affect these models. Most of them are audio problems. In appearance, the phone looked in good condition: no oxidation, it was never disassembled before, no water damage, no overheating and the replacement of all the usual parts such as the earphones and speakers did not solve not the problem.

However, there was indeed an issue, most likely linked to the logic board of the phone. Unfortunately, after a year the phones were out of warranty, so Apple no longer wanted to replace them. It was therefore necessary to call on super-repairers: the experts in micro soldering.

An inspiration to everyone on this issue was Jessa Jones of iPad Rehab who identified the problem and came up with a solution fairly quickly. The American micro-soldering community is very developed, which is not the case in France.

This guide shows how to identify and solve the problem.

It is disconnected from the logic board. The iPhone 7's logic board may be slightly twisted and often results in a broken track.

Are there any micro soldering techs that do business through the mail. I don’t have any close to my area at all that give me wholesale prices any longer, and I am in need BAD!!!! PLEASE RESPOND ASAP! I do mostly iPhones only. Sometimes there are a few oddballs and I live in MA. I need this person to start ASAP. Thanks!

Not sure if you still need help, if you ever need anything for iphone, ipad, or Mac book board repair, try itechcarerepair@gmail.com