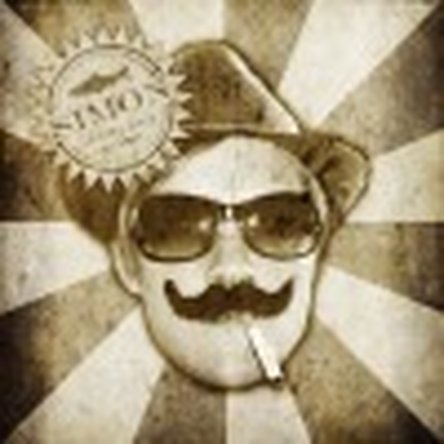 Intermittent signal or "No service" after water damage

I recently fell in the water, carrying my iPhone in my pocket, but managed to crawl up after like 2 seconds. After getting out of the water the iPhone was obviously wet but not much more than from used in heavy rain I would think.

My first reaction was to try to shut it off and let it dry, but the phone kept rebooting, which I later learned was due to water in the dock connector that made the iPhone think it was connected to a dock/charger. Since I had no tools at the moment I simply tried sucking water out from the dock/headphone jack and let the phone rest for a couple of hours after which I was able to turn it of and did not use it (and the very sparingly for a couple of minutes) until a couple hours later.

Once I was back home I figured the phone had probably dried out, and I was left with a weird problem that disabled all sound output except for Siri and ring tones. I learned this was due to corrosion in the dock connector and ordered a new one which I also managed to get replaced using this wonderful guide.

About two weeks after the incident, on the same day that I finally had time to exchange the corroded dock connector my iPhone suddenly lost its cellular signal, when reboot after a full battery discharge (the first one after the incident I think). This lasted for a couple of hours as I tried the usual tricks of airplane mode, rebooting and resetting the network settings. At best I was able to get a couple of minutes of 3G.

I figured the dock connector might have given up completely and proceeded with the replacement which went fine, and the sound/volume buttons etc. has worked flawlessly since. I tried a few phone calls after the installation to make sure the new mic and reattached antenna was OK and everything seemed to be working fine.

24 hours later I was back with the "No service" message. Sometimes the phone connects spontaneously for a couple of minutes, after which it will either go back into "No service" or display full bars 3G without actually being connected. In this state outgoing calls will dial silently for a couple of seconds before failing.

I reopened the phone today today to check all the connectors, the antenna connectors running from speaker and clean away any fingerprints (which I read could affect the signal). This procedure game me approximately 2 hours of good signal, but now I'm back with "No service" again.

So, I've been trying to read up on what to do next. I've come to think there must be some corrosion elsewhere in the phone.

As my phone works fine for brief periods of time I would not suspect I have lost the How do you fix the Blue Inductor Coil on iPhone 4? that seems to be responsible for signal loss in some occasions. I would also guess that all connectors are in place. Otherwise I would get "No service" all of the time, right?

I understand the antenna (connector only I guess?) is located close to the dock connector, but it seems to be such a simple piece of hardware it would hardly be affected, and in which case I would definitely be able to see corrosion/rust. I have in fact seen traces of corrosion on the screws near the SIM tray, and some green corrosion thingy on a component underneath that I clean away with alcohol.

I starting to think my best option is a complete cleaning with alcohol, but I also fear that might be a little late now? In that case, does anyone have an idea on a specific component that I can clean/replace to address this issue?

I'd be extremely grateful for any tips or ideas regarding this issue.

EDIT: Just thought I'd add, my phone looks clean inside. Not anything like that pictures in this cleaning guide.

HELP!!!! My phone is doing the same with the "No Service" but I turned it on and turned it back off, and now it has said "Searching..." FOREVER. WHAT DO I DO?

You can take the rusted screws and soak them in white vinegar and it will remove the rust thus helping the antenna ground. Clean everything that is green or white powdery residue with alcohol, especially the antenna cable and connector and scrub corrosion gently with a toothbrush and you should be good to go.

Thanks fot you reply Craig! Yesterday I disassembled the phone and cleaned the logic board and casing with isopropyl alcohol. I could see some light corrosion near the sim tray, on the side facing the screen. However after reassembly I still had no signal.

So I just opened the phone up again to clean the corroded screw (the one right above the sim tray) with vinegar and isopropyl. First I had no luck, but then I tried adjusting the screw (as I've read somewhere) with the phone running and I got 3G signal! Almost as if I could tune the antenna using the screw, careful not to get too tight or too loose. Does that make any sense?

As this is not the first my first "Heureka" moment so I guess I'll have to wait and see, but it sure looks promising. Thanks a lot!

I thought I'd write a quick update.

I've been using the phone for about four days and it hasn't gone into No service a single time. I set to manual network selection in order to get notifications when losing the network, and in general network switching has worked very fine so far. I think it might have lost reception once (though displaying full bars) but a quick reboot took care of that.

So, huge thanks for the tip on the antenna screw Craig! If the corrosion would somehow build up again, I think I will be able to fix any issues simply be replacing the screw.

helo dear craig iwas wondering if you could please help and i opened a topic too How can I jumper the blue inductor gsm/wifi signal coil?

I had almost the same problem with my iPhone 4.

After water damage I couldn't make calls, WI-FI worked OK, but I first get only 2 bars in signal icon and after that all bars shows up but I still couldn't make any calls. Call screen frizzes when I try to hang up (no voice on the speaker too). When someone try to call me it give him ring signal but my iPhone didn't show anything. When I try to call someone his phone rings but he couldn't hear me (neither do I).

I solve the problem using contact spray (DRY OIL-FREE CLEANING SPRAY; PRF 6-68) on the antenna screw and antenna connector and also on the "blue signal coil".

I let it dries and assembly my phone. After this operation everything works fine.

THANK YOU for your help Simon and Craig !!! I hope this will help anyone who has similar problems.

This would totally make sense. I have cleaned my iPhone 5s board with my ultrasonic cleaner fitted and new screen and battery. Working fine for a good 10 days then i lost signal always searching for a signal. Time for me to dissemble the phone again and replace the screws.

Hi I am having the exact same problem on my Iphone 5s and really need some help, I have never opened up my Iphone before and would love some guidance, I experienced water damage and replaced my dock connector and now am having this no service issue on my phone, same as you did. Could you walk my through how you fixed it? Thank you so much

I basically disassembled the phone as detailed in the tear down guide, and scrubbed everything with isopropyl using a soft toothbrush. I think I also soaked the motherboard in isopropyl, and then let everything dry up for about two days before putting it back together. In the end that got me about 1-2 months of connectivity before the issue returned. I proceeded to leave the phone in at a repair shop which just replaced some parts. Didn't really help though as the problem return after 2 more months.

same problem with my phone