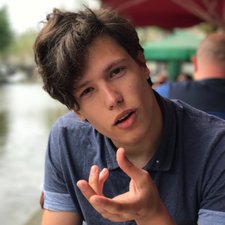 Taking a fall on the headphone

Last weekend, I was listening to music on my computer while I was studying. Since I was thirsty, I went to the kitchen to take something to drink.

Silly as I am, (for a mysterious reason I closed my MBP, which I normally don't) my foot is trapped in the headphone cable.

Result: couple of extra dents, and worst: it fell on the jack. Luckily the headphone was crap anyway, so that didn't matter, but now my case around the headphone jack is dent. If I look inside the port, it is all twisted and moved. When I tested it later on, I still had audio, but today, when listening, the sound was distorted, it didn't play and wasn't reliable. Now was I wondering: if I replace the logic board, which unfortunately will probably be the case (if audio stops completely), would it fit? The case is dent around the jack. I don't really want to spend 300 on a new top case and 1000 on the logic board.

Does someone have had a similar experience? What should I do?

EDIT: I added images, but haven't yet repaired it. Maybe I'll open it somewhere in the recent future. The headphone in the picture does still give sound (for now?) and is the same model as the one that caused the damage. That one is of course thrown away. 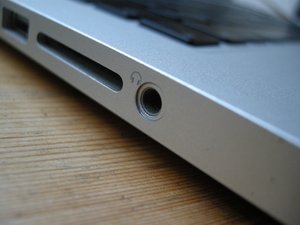 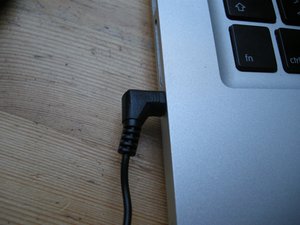 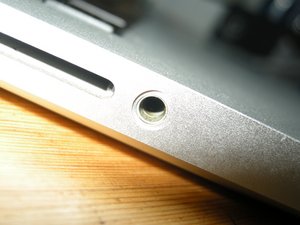 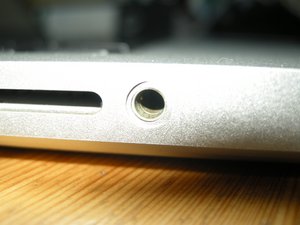 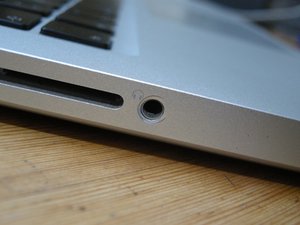 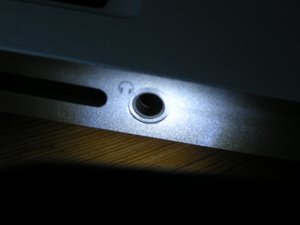 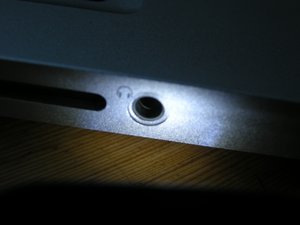 Time for a pair of Bluetooth headphones ;-}

Sorry to say every dropped system has a different outcome. You may end up taking a hammer to the case to push it back so the logic board will fit and its possible the logic board could be damaged to the point that it's not repairable.

Thanks for your replies!

I hope it turns out fine, i'll let you know what I eventually will do

Either you can get bluetooth headphones/speakers like Dan recommended, or you can attach a USB audio adapter to your computer. Before you buy one, make sure it works with OSX. For example, the Griffin iMic works for the Mac: link. That will get your a 3.5mm headphone jack and a line in input too.