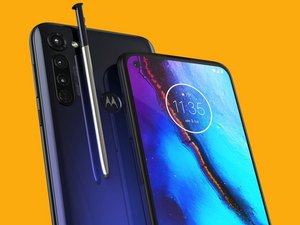 Hello. I dropped my Motorola RAZR HD on a swimming pool and it went down around 30-50cm for around 3 seconds before it was taken out. When I took it out everything seemed to work fine (it powered on fine, had signal, was receiving calls, sms, etc) except for the touchscreen, so I couldn't unlock it.

I took it to my carrier and they sent it to Motorola were they said that the damage was not reparable and the phone was not useful anymore.

But when I turned it on it was just working out perfectly, even the touchscreen was now working. Everything like nothing ever happened.

Except I realized the Accelerometer and Gyroscope were not responding at all. I downloaded AndroSensor and Accelerometer Monitor (apps) and there was no response at all. I can't play some games, I can't watch videos on landscape, etc. :(

It is certain that it is a hardware issue from the water. I want to know if there is a way to fix it. Do I have to replace it/them? How easy is it to fix/replace? How much would it cost?

Thank you very much in advance.

Yeah, I feel lucky these components were the only ones that were damaged. How hard/costly is it to replace the logic board?

Does anyone know if the gyroscope can dry out and function over time?