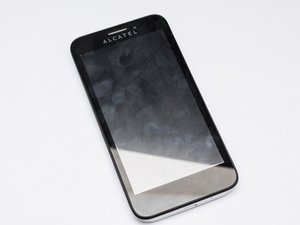 Why is my phone freezing, crashing,and refusing to turn on?

I noticed about a week ago I was using my phone and all of the sudden it froze and then it just turned black and turned off and then when I try to turn it back on it's doesn't turn on and I will hold the power button down for a very long time and then I'll leave it alone for a couple hours and then I'll come back and all the sudden it turns on. I know this can't be caused by it not being charged because it was completely charged when this started happening and I've been keeping it nicely charged and I know it can't be caused by an app I have because I did a system recovery on it. I would just like to figure out how to get my phone to stop freezing and crashing and refusing to turn on. Please help me if you can. I took it into the store and asked them about it and they said that they couldn't do anything to help me. They said that they recommend me getting a replacement but they said that I probably wouldn't get a replacement given to me because the sides of my phone are a bit scuffed up and that I would probably get blamed for breaking it myself by dropping it but between the time that I had lost use my phone and the time that it started acting up I did not drop it at all or get it wet. the people in the story basically said that there was nothing they could do and that I would have to buy a new phone but my phone is not completely broken its just freezing and crashing and I feel that someone should help me fix it instead of me spending money to buy a new phone because I can't afford a new one.

I have the alcatel one touch and my phone will just go through this phase where it'll just repeatedly just crash. Most times its very quick and responsive but these phases are really agitating because i have no idea why i have plenty of space on the phone and ram so i have no idea what to do

This is the third Acatel phone i've had to go through in a matter of 4 years because of this very problem. It's a SCAM!

I forgot what they said in the store. Something about the memory. But i took mine in the corp..metro pcs. And they ordered me a new one.