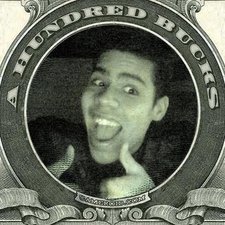 I have been reading multiple forms and have gone through lots of processes to fix my wife's Samsung Galaxy S4, but at the moment I have had little success. The phone was dropped into a toilet and has been having screen issues. The screen initially had a green tint to it and then went completely black. I'll explain the steps and measures I have already taken and my current issue. So far I have:

Removed the battery, sim card, and sd card for 2 days while the phone was placed in rice. This did not work.

Replaced old battery with a new battery. This did not work

Unscrewed the back cover and detached all the leads and cleaned with 91% alcohol. This did not work.

Now the primary issue I have now is that the phone keeps giving me hope that it is working and then takes that away, let me explain. After initially replacing the phone with a new battery the screen came back on and all of the functions worked such as data, wifi, touch functionality. It was 100% functioning and then after about 30 minutes the screen went black again and was acting strange again. after the phone was off for roughly 14 hours and turned back on again the screen came back on and once again everything was working and stopped working shortly there after. When this happened I decided to clean the whole inside of the phone which was suggested in multiple videos and forum post. When I first put the battery in after a through cleaning everything booted up again and it was all working fine and stopped working after I turned it off and attempted to boot it back up.

I have dealt with electronics for the past 8 years and I am thoroughly stumped at the moment as to what the issue could be. I don't wanna say that the screen is dead because after the device has been powered off for quite a long time it functions normally for a short period of time. I have hit a wall and could use any help that could be provided.

I HAVE THE SAME EXACT PROBLEM iv done the alchohol thing didnt work and replacedd the battery but unlike you i only dropped a little bit of soda on it.The screen is all green and i just gave up trying to fix it 4 weeks later i turned it on and it worked for 5 minutes it started to flicker green again before going completely green i turned it off then turned it back on it worked for about 10 minutes this time then it went green again.https://www.youtube.com/watch?v=e2fdvHZp...

I'm going to guess it need a new screen lcd-digitizer combo. I've dealt with this is several repairs and that was the only solution

new screen is the only answer