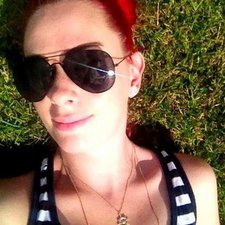 So I dropped my Iphone and the screen shattered, i mean there was glass on the floor. I continued to use it for a few days until i got a new phone then I put it in my room. I picked it up again a few days ago and plugged it in. Left it over night to charge. I don't get a charging sign, and the phone wont turn on. I've been told to plug it into my computer to see if after a while iTunes will detect it, and i'll know if its just the screen. But I'm wondering if that is what I should do seeing as my phone used to work even with the broken screen.

Having the same problem

You should do the iTunes test to determine whether the screen itself died. If the iPhone is seen by iTunes, you simply need to replace the screen. You can find the detailed repair guide on iFixit; that guide will have links to the needed tools and parts.It is possible that the screen died, since it's badly damaged.

Step 2 would be to follow iFixit's guide for battery replacement of the iPhone 5. But don't remove the battery, just unhook it, press Power Button for 15 seconds, then reconnect the battery and the screen, and try to start the phone.

Step 3 would be to try the logic board in another known good housing. If it still doesn't start, then the issue lies on the logic board. Which would have to be investigated by a pro tech to try and determine the cause.

I tried the Itunes test, I left it for an hour to charge and then tried turning it on and got nothing.

I've never opened my phone before so im a littler nervous to do battery replacement myself.

You don't need to replace the battery. You need to disconnect it then reconnect it. This is called power cycling. Sometimes phones that come to me "dead" only require this step to wake up.

You can also take it to a trusted repair shop/tech and ask them to do it for you or to trouble shoot your phone alltogether.

I had a battery so I replaced it, my old battery was completely dead, so im glad i had it on hand. But now the new battery only says 3% and it keeps turning on and off over an over again, and i keep getting a blue screen before it restarts. it also wont charge at all. do you think i need to replace the charging port?

1/ After replacing the battery, did you put back the screws holding the small square metal shield in place in the correct order like described in the guide. Failing to do so can cause the blue screen issue. Google long screw damage and BSOD.

2/ Failing to charge could be due to a bad charging dock which is easy to check if you get a replacement dock and overlay it over the existing one (which needs not to be removed for this purpose).

But if the culprit is the USB U2 IC (which can also cause blue screen issue) or something else on the board, you would have wasted money.

3/ In conclusion you need to determine the reason for the failure to charge and the BSOD. If it's the same /U2, it could be economical to have it professionally replaced. Don't forget to factor the cost of a new screen. If you have long-screw damage ($100) + screen + U2 or charging dock, is it still economical? Do the math. It's better to have a pro with microsoldering skills look at it to give you a diagnosis before you spend any more money.

You mean each screw has to be back in the EXACT hole it came from? I didn't mess up long screws with short screws. I put the 4 that came from it back into the same spot, but i might not have put them back in the EXACT same holes. How do I tell which screw goes where? That's insane.

I had a bit of a bad time getting it to charge before I broke the screen and my original battery was crap so i'm hoping its a charging issue.

I ordered a new screen and a new charging dock. i'll change those an i'll see if that helps. i'll keep you posted!

How do I turn my iphone 4 on it shattered

What do I do

Be sure to do the iTunes trick because this will tell you whether or not its just the screen. Otherwise, I would open up your phone and check to see if maybe one of the connectors is unplugged or damaged. I just read you replaced the battery and now its having a hard time charging. Do you have a voltmeter? I would use it to check your charger, then check the battery, and then check the board itself. Open up the phone, you can take the screen off for this if you want, I do because less risk of damaging it. Now disconnect the battery. Plug in your phone to a power source. Take the voltmeter and touch the connectors to the battery terminal. Youll have to move them around alittle until you see voltage, if you do. This can help determine if its the board, battery or the charger.

I had did the same with my phone. But I found a solution, Click the power button and the home button hold for 10 sec and that restarts the phone maybe that will help.