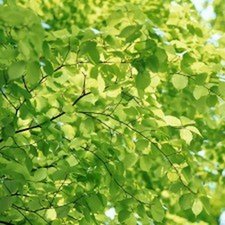 So I've done hundreds of screen repairs. I currently work as a tech at a store but yesterday I came across a problem I've never encountered. Basically, after replacing the screen on an iPhone 6, the camera app no longer functions. You can open the app but the screen stays black and when pressing the volume buttons to take a picture, the app crashes. Now, we tested the phone before hand and the customer is adamant that the camera worked prior so it isn't an issue of miscommunication. I'm just trying to figure out why this would happen - back camera wasn't touched at all. Only the prox sensor/camera flex is touched in a replacement. Unfortunately, we don't have brand new parts in stock to test for the next few days but I was just curious if anyone else had ever come across this problem. Just as an FYI - we did try swapping out with used prox sensors, front screens, and back cameras in several variations and the camera still wouldn't load. Last resort is having the customer back up and restore but she wasn't too confident in that and was pretty upset with us. Anyway.. let me know if you've seen this.

I have had the same issue with an IPhone 5 a while ago. I tried replacing the back camera and everything ad it still didn't work. Sometimes removing the battery and plugging it back in would work, but not all the time. I am not 100% sure with what the issue is but its got to be something wrong with the board or something being shorted. I have never had this issue with the Iphone 6, but I saw it a lot with the iphone 5's. I have had a few go bad after i repaired them, but very few, although i didn't touch the camera. I have also had a bunch come in with bad cameras that even when i changed them, they still didn't work.

I have had a similar issue with the back facing camera on my iphone 5s over the past few months. I replaced the dock connector a few months ago and afterwards the camera app stopped working as you describe (black screen, crashes when trying to take a pic). The backward facing flash/flashlight was also not working, so I replaced the flex cable (no small feat) and the back camera. Despite the fix, the camera (and flashlight) are still not working (everything else is fine). My experience increasingly feels like the problem is in the board (or elsewhere).

Sorry not to have a fix, but glad to see I'm not alone in this!

I think what happens when u took the connector off you might have sparked it against the middle bolt which in turn blows the fuse. I am having the same issue and trying to figure it out.

I have the same problem with a screen replacement on a Iphone 6, after that the camera won't work. Just a black screen when the camera app is started. Everything else seems to work just fine. The only thing I have noticed when I open the phone and check out the camera is that the flat cable connecting camera and logic board seems to have a little little cutting but barely noticeable...Is there any other method or recommended troubleshooting you can perform to find the problem?