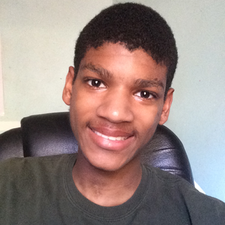 Recently, my iPhone 5s decided to stop charging on me. After trying to clean the port to no avail, and knowing that when the phone was charged, it would hold it's charge normally, I chalked it up to being the lightning connector and ordered a new one.

Today, I opened the phone up and installed the new lightning connector but the phone still won't charge. The phone is completely dead, so when I hold the power button, I get the dead battery screen, with a charging symbol, but the screen seems to be flickering. As of now, it's been on the charger for the past hour, with no change.

The only thing I could think of that would be causing this issue now would be the logic board, or a second faulty connector, but I'm not sure of it.

I don't have applecare insurance anymore, so I can't chat with apple or take it to the genius bar.

Oh, and it is the 16GB space grey model, and it is my second 5S (had my first one replaced through AppleCare).

What do you guys think?

The only thing i can think of is either the cord is broken, or you didnt install the new lightning port in correctly or didnt connect it all the way to the logic board.

I'm sure I connected it the way it was supposed to be connected, but I may or may not have broken it while fiddling around with it earlier. I'll check more into that later on. I will also try to find a friend with a proven working lightning cord to try it out.

If the phone will boot but won't charge with a known good battery and a known good dock, then consider U2 chip failure on the board.

Apple "genius" bar can't help you, you will get far better advice from a quality local independent repair shop that has experience with board level repair.

Did you try some other charging dock and cabble? The phone start charging when it shows the red battery symbol(without the charging cable). If the charging cabble is showing, it mean it doesnt charge.

I would start with the charging cabble and then with a new battery.

I have the same problem with iPhone 5. I try to replacing battery twice and lightning port. When I plug lightning cable - you se symbol neat battery that is charging, but % is not moving.

Where can be a problem ?