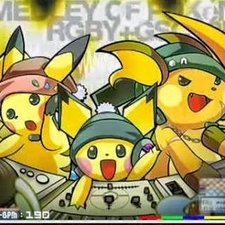 Last night, I tried replacing my 2 year old Iphone 5's battery. During the process, instead of lifting up the frame, it instead lifted up the screen itself. Me not knowing during that time, removed the glue only to realize it was wrong. I then proceeded to lift up the frame and got to the part where the battery was on. After replacing the battery, I put all of it back together turned it on,but noticed that the screen loose. This lead me to open it again and try to fix whatever was broken. I never found out the reason why, but after putting it back together it then proceeded to "lose display" with a waterfall effect showing different lines of color then proceeding to become black with the backlight still on.

You can buy it from ifixit

Or another vendor. Here's a guide, as to how to fix it

Purchase a new screen assembly from iFixit or another reputable supplier.

Are there any other reputable suppliers? I dont need the whole kit and am in a tight budget right now

Dunno if we're supposed to say this, on this site. Without getting spammed. Basically try eBay. Try for one that says oem. Even though it's probably not. Try for the country you live in, so returns are a little bit more probable, if something were to go wrong