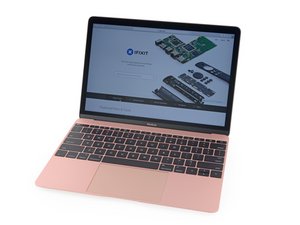 Can the battery be replaced?

Can the battery be replaced by owner in the MacBook Retina?

Apple has decided to use glue to hold down the batteries in the new version of the MacBook systems following what they did with the MacBook Pro retina series.

Here's the IFIXIT teardown of last years model which is exactly the same as yours: Retina MacBook 2015 Teardown. Jump down to Step15 for all of the sticky details ;-}

@danj - did I tell you how to get these out? If not I'll email you. Delete this after reading.

How did you get these out? Honestly, I'd be content to use some glue-solvent to get out the old batteries and some glue to put the new ones in. Sure it's a little messy but in my book, this is far from a roadblock. Not sure why ifixit would refuse to put a tutorial up just because you have to deal with glue.

Isopropyl and a long painting knife is the best way :)

I prefer methanol (no water) in a syringe and squirted under the battery and a putty knife.

Thats not suggested. It will void any type of warranty you might have on the device. Of course if you are on here rather than at your local Apple store then this means you are out of warranty anyways but Still I wouldn't recommend it.

Apple wants you to throw away you're device when the battery starts to lose power over time . . . Some old apple employee even did confess that apple would build in some kind of chip that counts the age of the battery, how many times the battery has been charged and discharged, and that the battery starts to perform less when she meets the days/cycles counts, programmed in this chip, so when the laptop leaves the warrenty period, that the battery (or even some other components) would start to fail over time . . . Even other manufacturers do this kind of stuff, the machine is great when it is still in the garantee-period, but when the garantee period is over (mostly after 2 years), than the device/machine starts to show problems . . . And if you dont beleive me, its very simple, take a washing machine from the early 90's, and you will see that, even today, it will work just fine, but wait 10 years from now, and then you buy a washing machine made in this time right now, you won't get the same performance EVER then this washing machine from the early 90's . . . Its sad to say but this is the truth . . .

You're the first guy on the site that looks older than me. Apple now tells everyone that a machine over 6 years old is a "legacy" machine and will not provide service nor parts. So I have a lot less competition from my local ASP ;-) Since we lost Steve Jobs Apple is doing it's very best to insure that only they can do the service. You can only use their hard drives and SSDs, they want the monopoly and want to the rest of us out of business. They don't even pay their taxes.

Apple is stitching everything on a single mainboard, with no user-changeble parts, so if somethinge becomes obslote, they make sure it IS obsolete, and if your RAM or SSD breaks, you just get a replacement computer, they will try to rescue all the data thats on it, but since every mac uses an icloud account, they will say to you to retreive most of you're data from you're cloud-storage, the thing is, the things that Apple stud for in the past, easy acces into the machines, easy to change the hard drives, easy acces to change the ram and very other components, is gone, its going back to the times when Steve Jobs whas young, a closed system with no user upgradeble parts . . . And do you know when this started?? With the introduction of the first iphone, with it fixed battery and nobody did know how to open the device . . . We do know now, but in 2007, nobody knew how to open it . . . At least not directly. But now, the parts are so custom . . . Changing them is impossible . . .

While I do agree with Mayer on how Apple is monopolizing their systems so your service & upgrades options are limited and doing poor job in designing in serviceability (glue & tape).

I don't agree its because the loss of Job's viewpoint that caused it. In fact, if you look at the original Mac 128 it was very closed. It was the systems later on that became more open. The pendulum is just swinging back here.

The way to see this is how the pocket calculators have changed from the first one Bowmar Brain to the last real programable from HP i.e. HP-41c, to what is available today is very limited as the smartphone (iPad) has killed the pocket/handheld calculator market. In fact Cracker Jack had a four function calculator as one of its prizes. As the cost of the tech had dropped to such a low point! No more physical prizes in Cracker Jack now ;-{

Apple as a company is following HP's footsteps here just altering from a consumable design (HP printers needing ink) to content (Tunes & Apps). As they realize thats were the money is.

Lastly, Apple hasn't designed in time bomb obsolescence into their devices (no one has), its just evolution where more powerful CPU's and graphics we long for is driving things which is why the market is getting soft as our hunger for more has lessened as we don't need it presently. Until there is a killer app or use the need for more powerful systems for the masses will stay as it is now.

It's the needs of the power users that has lost out here. As the equipment for the Pro's is just not there in Apples roadmap (from what we've seen so far).

It's clear Apple is not interested in pushing the envelope with the type of systems REAL pro's need and want. Sadly, this market is not as profitable which forces many larger companies like Apple today from leveraging it to the fullest as they once did. This is were vision and leadership of a company needs to push this as this is the sandbox for innovation and learning how to leverage the new technology for the masses to make the profits (hand in hand).

What? Crackerjack doesn't have a prize anymore? What's the world coming to ;-(