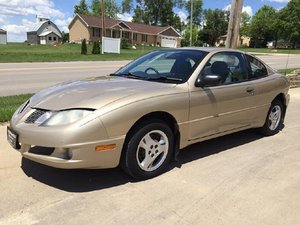 The 2003-2005 Pontiac Sunfire is a more streamlined updated version of the popular car.

My car 2005 sunfire was running until I lost the keys. I drilled out the ignition so I could replace it instead of waiting for the new ignition to arrive I attempted the bypass scenario with failure.I forgot to disconnect neg side of battery. Its still not runningcant really keep the battery charged long enough to trouble shoot

My three wires to the ignition are WYB I USED THE yellow cut it tried the only resistor I had at the time. New ignition is in the wires are together . I tried the 3step 10 min I checked all fuses relays there good. Coil pack is firing . I need help please

Anti theft is working well . you need a new key and tumbler and it will need to be programed in to work.