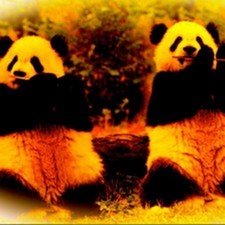 While picking up my 10.6.8, mid2009 White Mac, It slipped and dropped a small height onto hard stone floor. The shock was enough to stop it booting - it automatically boots in safe mode, gets halfway through progress bar, the Hardrive starts clicking, laptop gets warm and then crashes. I tried to boot from the 10.6 install disk (I bought this yesterday online) but when I select to boot from that the computer says to restart it and I can't get past that. Should I be able to at least open the disk with a broken harddrive? I've read it's possible to start from the install disk when the harddrive is taken out (so I did this but still get the restart message immediately when it tries to boot from the install disk - I've checked disk in another laptop and it works fine)

So my question is, do you think a new harddrive is all that is needed, or does it sound like something else could be at fault and it's time for a new laptop?

-it crashed on me last year but I was able to boot and repair in safe mode.

- I have full backup so don't need any files from harddrive

if its a laptop you like i might suggest installing an SSD. the good thing about SSD is that they are not going out of style any time soon, they are really reliable , and are a lot faster than conventional Hard drives, they can also take a hit as they have no moving parts. its quite easy to remove and replace the hard drive. while your at it if you have 2 GB ram i would up that to 4GB and even 8GB if it will take it. this way you have a laptop with the potential of lasting another 7 years.

I would try the new hard drive first since it is cheaper by far. The only thing that is iffy is that you tried booting without the HD in and it still panic'd on you so this of course is not good.

I am trying to think of why this would happen.

Another thought is to open the Mac and check to make sure everything is still seated correctly. Like the RAM modules etc, since you have it open check all cables as well.

Maybe do this before opening it!!

I would also try resetting PRAM. ( I always do this as a troubleshooting step as it solves alot of things)

To reset your PRAM:

Shut down the computer.

Before the grey screen appears, press the Command, Option, P, and R keys at the same time.

Hold the keys until your computer restarts and you hear the startup sound a second time.