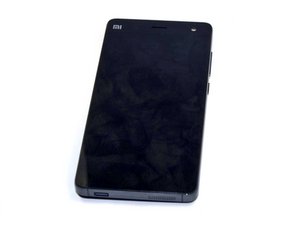 I have been using this XiaoMi 4i for around a year and a half. This problem has been going on for about 3 months. Whenever my phone battery percentage reach around 80 - 90, my phone will blank out by itself, but there are also sometimes where it shut down at 60. Because of this, I always need to keep my phone charging to be able to use it.

Another problem is that the amount of battery left shown seems to be inconsistent and incorrect. For example before my phone shut down the percentage was 85, but after i put on the charger it says 40, then when it is on again it became 90.

These problems really frustrates me as not only I need to keep bringing a charger where ever I go, I also could not play games that requires a certain amount of time to end.

Please help me with these problems and give me a solution.

P.S. Just a few weeks ago, I got my phone fixed three times but the problems still persist.

Hi, Have you thought about replacing the battery? Even rechargeable batteries have a life span.

Are you using it in very hot or very cold temperature? As previous commenter said LiIon batteries have limited life.

rekkoi start with replacing your battery. Use this guideThis will at least give you a known-good place should further troubleshooting become necessary.