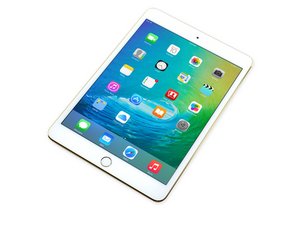 Possible to Have Sleep / Wake without Magnetic Sensors Installed?

I've replaced a damaged LCD/digitizer. I didn't know when purchasing the part that some components needed to be transferred over from the original display. I believe I have everything transferred except the small cable with components that needs to be soldered onto another cable just left of the home button (when looking from behind the display). I don't have the equipment to solder that on, and decided it isn't worth the expense of paying someone else to do it. I did put tape over the pads so they don't get shorted - but I did close up the case at least once before putting the tape on (though I've erased all content and settings since).

Apparently because of this, manual sleep/wake does not work. Automatic (time-based) does. The power button does work, because I'm able to turn the device on and off with it.

I don't understand why the cable would need to be connected to have manual sleep/wake (using the power button) functionality - my understanding is that it is only used with special cases to activate the feature when the tablet is stored.

There is apparently a "cover lock" setting that would be nice to experiment with, but it doesn't show up in my settings - even after erasing all content and settings.

I've even tried using the "assistive touch" feature, but using the lock option there doesn't work either.

I can live without manual sleep/wake, but if there's something that can be done (once!) before sealing this thing up to get the feature working I'm willing to give it a shot. Something like, for example, putting a short or a load across some pins to simulate a magnet sense, which may result in the "cover lock" setting showing up, which I could then turn off (or on?). Or a service menu or app where I can see/modify information on the sensors?

Any ideas would be much appreciated!

There are a couple ways to trick it if you’re using an aftermarket screen that does not have a sleep/wake sensor installed. First, update the pad to the newest OS since this work around goes away once you update or restore the device. We figured out some work-arounds a couple years back when we got a huge shipment of mini 4 screens that did not have sleep/wake sensors installed.

Wow, thanks Chris! It’s so nice of you to help, especially considering how old my post is! I do still have this iPad, but no longer the original display. I’ll be trying option 2. This is exactly the kind of info I was looking for. Thank you!

Hitting the power button doesn't currently activate sleep/wake, which is what I would like to be able to do. Maybe I wasn't clear enough.

It should. So fix the power button first.

The power button isn't broken. It still turns the device on and off.

OK, it appears that the missing hall effect sensor will cause the sleep/wake function to latch up completely. From what I know it is not possible to manually assert the signal since it is a digital interface. You WILL have to put the sensor back to restore this.