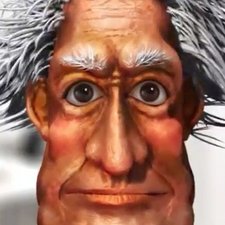 Do I need to buy a logic board?

I purchased an iMac 27 2011 not working. Was told that it wouldn't turn on so they purchased a new iMac and had Apple take out the HHD. I replaced the HHD and power supply and ran the LED test. #1 lights up only. Do I need a new logic board and is it worth it for that iMac? My iMac is a mid 2007 and thought this would be an upgrade because its a 2011.

My problem is much the same. Maybe we can fix them both.

Problem with my iMac 27" EMC 2429, Mid 2011 (3.4 GHz, Ci7). Had it since new, May, 2011. Original symptoms (about a month ago) were, very simply, refused to boot. Perused all applicable blogs, iFixit and MacGurus posts. Seems like lots of folks have a similar problem, but few (albeit a couple…!) ever post that they have had success in bringing it back to life. Been working on and fixing Macs for almost thirty years, so I know my way around the hardware; which makes this all the more frustrating. Have proper tools, and Apple Technician Guide.

On opening the machine, the motherboard status LEDs (1-4, L-R) were 1 on, 2-4 off. Pressing power button makes no change; no. 1 stays on as long as the unit has power. I could reset the SMC and get the fans blazing. No other LEDs would light. No “obvious” bad parts; i.e. burned, bulging, or otherwise distorted or discolored parts.

Purchased a “new” third-party power supply, that looked exactly like Apple’s original (probably rebuilt, though I suppose it could actually be New). Installed that, with absolutely no change. All just like it was with the original.

All the experts say, after that, the next try is Motherboard. Somehow, I found a brand-new, sealed, Apple replacement for a great price, and quickly snagged it off eBay. About a week later, with great expectations, I installed the obviously new and truly factory-sealed motherboard. Well, I’m here, so you already know it didn’t work. But there was a change: LED 3 started showing up anytime the machine was “powered up.” On the one hand, a positive sign, yes, but where to go from here? LEDs 1 & 3 light consistently when they should, which, among other things, means the motherboard is communicating with the video card now. But LED 2 never lights (meaning it’s not booted, duh); I even hooked up the display at one point, though that isn’t a prerequisite. It still didn’t boot and LEDs 2 & 4 have not come on.

And here we are. Next, after giving this post a couple days to percolate on the forums, and assuming the genii have not posted the magic answer, my plan is to take out everything I’ve put in, check it, and put it back in, being VERY carefull that all connections are properly seated, and no wires are crossed.

Surely, SOMEONE out there has seen this problem and come up with a solution. Here’s hoping!

Please keep me informed. I didn't want to do an R&R (remove n replace) until it finally worked, if it would at all. I may as well buy a new one if that's the case. Does anyone have the voltage chart for the power supply? At least I can learn if my new power supply is working without buying another one. Then I can go from there. Mahalo (thank you)

Update. About a month after this post, still no success. I'm just having a hard time figuring out what else it could be! Cables? Few cables spontaneously quit while undisturbed.

One thought: Would a mid-2011 iMac start up without a video card? I'm about to yank it all apart again, just to see if that makes a difference. Also, toying with replacing that same video card, as it is the famously flawed version this machine has taken such a hit for. But — it seems the problem has typically been that a bad card just made the video unusable, not that it killed the whole machine. Thoughts?

Here's the part you need:

Aloha mayor, I did replace the power supply when I got it thinking that it was the problem. It is from there that I only have the number one light on. Is there a way for me to check voltage on the power supply to confirm that it is working or not working? or are saying that I should purchase a second power supply? thank you

What was the source of this new power supply? If it was iFixit, return it.

The video card on this machine fails a lot but not the logic board. With a working power supply you should be getting #1 & #2 LEDS even with a failed GPU. I'd go back and question the person you got it from for more of a history.

I finally found someone else who had fixed a dead iMac of the same vintage just by replacing the video card. And since I'd already replaced virtually every other part of consequence, it sounded like I might have a good chance of success. So I jumped...

And it started right up! Never been so happy to hear a BootBong! It'll take me awhile to get a working system to my liking all loaded in, but so far, so good. Also found that the replacement motherboard was indeed new... no serial number! Found and implemented "Blank Board Serializer" (an Apple service utility), loaded the old serial number, and off to the races. So, now I have a virtually new 2011 iMac; only the LED Backlight Board, DVD Drive, and Display are left. Well, cabling, too. Plus, I have an original power supply, and the original Ci7/3.4 GHz motherboard as replacements if necessary. The new motherboard was the Ci5/3.1GHz model, and the replacement graphics card was the 6750 rather than the failure-prone 6970 that came with the machine new. I seriously doubt I'll miss the extra power those old parts came with; I play few games these days. I also put a new SSD in to Boot, so that helps to speed things back up.

I forget but does the iMac have a battery? the PRAM battery can mess up a Mac. Rest PRAM and also Power Manager and see if that helps. you changed a lot that involve those 2 and it may just fix it.

Yes it does and reads over 3 volts.

I have also checked the power on switch and it works. I held the power switch while plugging in the power cord and got the fans to work at high speed. I'm now thinking that I should check the voltages coming out of the power supply. I'm hoping its not the logic board.

That battery should be 3.6 but if power button works then its good because thats all they did...start up trickle and PRAM settings after power loss.

I have a similar problem with my mid 2010 i5 - 2,8GHz - 27inch iMac. It does not power up. I checked the 4 LEDs. When I disconnect the power cable on the back and then put it back on one (!) LED is lighting up once (!) and then goes off again and shortly afterwards lights up a second time but then no LED is lighting up and the power button does not do anything. I can't see which LED it is because the board is still in the housing but I suspect it beeing the first one. In the technician's manual it sais that LED 1 should light up steadily if connected to power. What could it mean if the LED just lights up twice shortly?

EDIT: I just measured the pins on the logic board according to the technical document. I have 12V between pin 1 and 4 and i have constantly about 3V between pin 1 and 12. So, when pressing the power ON button pin 12 is not changing - it is the same when pressed and when not pressed. I then have nothing on pin 11, where the button is pressed or not pressed at all.

I am a bit confused because 12V on pin 4 should also make LED 1 light up constantly, which is not the case. And even if I disconnect the power button from the logic board I still have 3V on pin 12.

I swapped out the logicboard and this solved it.

I'm having the same problem with the same imac I have. Took it to a computer store, they took it in the back, came back and said, "it's the logic board", and it would cost me about $500.00 dollars to replace it, it's no good, just throw it away. The power supply is powering up, and working fine. I have tried steps #1 #2, and #3, and I don't see any progress from trying them. It still won't boot up, and the screen is still blank. The fan is turning and the power supply is working fine. What should I do? Trash it, or keep looking around until I find a solution?

That would be up to you. I still have mine and am waiting for an answer. I will have it diagnosed to find the problem.