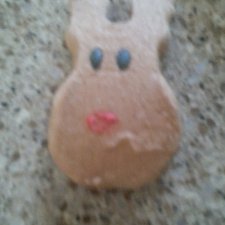 Why won't my samsung s6 turn on?

I have had my phone for about 3 years I think. I recently powered off my phone and it won't turn back on. I have some minor cracks on the side but they have been there for about a week. I had no issues. At first it would go and boot up and then the LED lights would go from light to dark. However won't boot up now. I tried entering mt phone in safe mood however it didn't boot up. I don't think it would be the digitizer since it working fine for a week. What could be my issue?