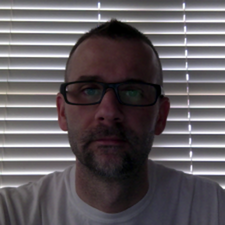 Can I remove failed NVME M.2 Blade drive and just use an SSD?

I have it torn down as per the iFixit guide. I just want to know if this will work before putting it all back together! :)

Todd's question has not been answered. Here is what he is saying.

His iMac 27-in came with two drives, an SSD blade and and HDD. The two are linked as a fusion drive. His SSD has failed. His plan is to remove the SSD entirely and not replace it. He'd like to leave the blade slot empty. Instead, he would like to remove the HDD and replace that with OWC'S upgrade kit. In place of his HDD, he would now have an SSD. After the repair, his computer would run solely on the SSD (installed where his HDD used to be), again, with an empty blade slot.

His question is: Will his Mac run normally in the above scenario?

I think you are assuming something we just don't know here. As Todd never came back.

I should have explained things a bit better on what a Fusion Drive is. The HDD is still present after replacing the blade SSD. So replacing it with a 2.5" SSD would be a waste! While you could take out both drives and then put in a SATA drive (any) and leave the PCIe slot empty you then have your data on the HDD which is likely sizable!

I was aiming him to replace the bad blade drive with the OWC blade drive as being the smarter direction. At which point setting up the blade SSD as the boot drive holding your applications and leaving at least 1/4 unused and keeping the HDD with all his stuff in the system. This is the ideal setup!

Frankly, I prefer the dual drive setup when you have at least 500GB blade SSD and a SATA HDD or another SSD. It offers more performance than a Fusion Drive and a Fusion Drive was really intended to be used with a HDD & SSD combo to improve the HDD's performance leverage the SSD as a cache drive to it. Doing a dual SSD Fusion Drive is really pointless! In testing it was found to be slower than just using the blade SSD as the boot drive.

Going with a SATA SSD would be better than a HDD but you leave your data and even better performance on the table not using the PCIe interface. You don't need a massive blade drive to get the benefit.

The best way to express this is like a car not running on all cylinders (like some special cars tried a few years ago), sure it will work, are you getting the full performance of what the car could offer?

OK, let first talk about what Apple put in is a small 32 GB SSD and is part of a Fusion Drive set with your current HDD. So we do need to first break the Fusion Drive set before doing anything. Follow this guide: How to split up a Fusion Drive. Now you can remove the blade SSD and put a replacement unit in.

The next question is if you what to recreate the Fusion Drive set or just use them and independent drives.

Do keep in mind High Sierra has issues with Fusion Drives and OWC's SSD is a RAID'ed SSD which also has an issue with High Sierra. So I would hold off upgrading to High Sierra for now until OWC announces support.

Dan . thanks for the info. I am specifically wondering if I can simply remove the Apple 32GB SDD (what I am calling the M.2 Drive) and just put in a new SSD and then install the OS on that. My problem is that the 32GB M.2 part of my fusion drive is dead according to Apple and they want to replace. But if I can salvage by simply removing it and adding a SSD it seems like it would be a less expensive way to extend the life. As I said I already have it torn down.

Re-read my answer - Yes you can replace the blade SSD and put in a new one, and yes you can install the OS onto it.

OK to be clear I can replace the blade SSD with a OWC SSD Upgrade Kit. In other words the blade SSD slot will now be empty and I will install the OWC SSD upgrade kit. Thanks for you help.

from my undertanding of the owners post they the owner does not want use the blade nvme drive because they dont want to replace a broken nvme which is part of the ‘fusion drive’. They want to replace a rotational HDD which was used as storage with a SSD and install and run the macOS/storage on that alone. Will it work, YES

Yes it was, its a bit confusing so lets break it down: The blade SSD in Todd's Fusion drive failed (Apple custom blade SSD) so the question was can he replace it and the answer is yes, using an OWC blade SSD which is pin compatible with the custom blade SSD connector in the system. At which point Todd could redo the Fusion Drive or run the blade SSD independently (which I strongly agree is the better). His HDD (spinning rust drive) was still working so it didn't make sense to replace it.

Replacing the HDD adds complications, as you would need to mount the drive externally to recover the stuff thats on it. And yes you could do that as well.

He jumped around a bit so we never got a clear idea what he wanted. I could read his question and comments to be either replacing the blade SSD or replacing the HDD with a SSD.

"Can I remove failed NVME M.2 Blade drive and just use an SSD?" sometimes we just don't see what's in front of us... this was the original question and its answer was and still is 'yes'

Just to add to this, I just had the hard drive in my 27-inch 2017 iMac fail. The setup was a fusion drive with an SSD and a (2 TB) HDD. It was the HDD that failed. I pulled out the HDD and replaced it with an SSD (2 TB). I'm booting from that and ignoring the SSD. My iMac has been restored, and it works better than ever.

@mariodiana - Just keep in mind the SATA port is not as fast as the PCIe/NVMe port. Which is why the blade SSD is more often sought.

You can use pcie ssd standalone. If you wipe nvme it will appear as separate drive of small capacity unless you plan to recreate fusion drive utilizing both drives.

I should have said small capacity PCIe NVMe blade ssd can be left wiped clean or blank once formatted if conventional SSD is to be used only. The main real world experience is boot times when macOS is located on NVMe. NVMe drives can usually deliver a sustained read-write speed of 3.5 GB/s in contrast with SATA SSDs that limit at 600 MB/s.