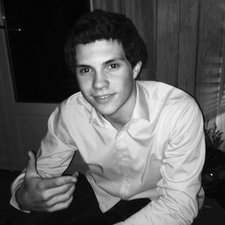 Why is my iPhone 7 boot looping after a screen replacement?

So a few days ago i bought a used iphone online. It had a cracked screen but worked just fine. I ordered a new screen and replaced it. After replacing it the problems started to happen. It would continuously boot loop.

I've tried to restore it using itunes several times. Sometimes it worked, but i couldn't get past the "hello" screen as the home button doesn't work anymore... I had to turn it back off in hopes it would start at language selection screen. Unfortunately, almost every time it shuts off it would go back into a boot loop. I've tried reconnecting the old screen too, but it's still boot looping.

Any help would be much appreciated!

I would open up the phone and closely inspect with magnification the Home Button, especially the flex cable for any damage or tears. Follow this guide. I would also closely inspect the connectors for the screen assembly.

Did you try updating your software? iOS 11 has had issues with replacement screens. The newer ios’s Is supposed to fix those issues. Put it in safe mode and update.

Same issue here. Everything works fine but i can’t make a call or it goes into boot loop. I think its an apple scam to get me to buy a new phone