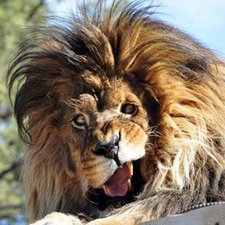 I sent a 2012 mbp for repairs, and I'm told that it's fixed, but will only recognize, or work with, 2Gb of ram. That's all the info I have so far. How likely is a logic board to only recognize a minimum of ram? Seems to me that if it sees it at all, it should be able to read different modules as well.

Any ideas would be appreciated!

Thanks for your input!

That's just about what I figured... The repair place was found through eBay, has nearly 35,000 feedback, and 99.5% positive. Shouldn't have been bad, I thought. Instead of 2 week turn around, it was over 2 months. I had to contact THEM for any information. They were" working hard" on it. They'd tried "many types of RAM". I got it back, with a complete refund. The next place I sent it to was new, but much closer to home. I heard from them in 1 week that it was not fixable, as someone had tried to "reflow" the solder on the CPU and the GPU. I got it back a few days later, and when I took off the heat sink, I noticed that the logic board was blistered around those two chips........

Don't really know who did it, but I have my suspicions. Too bad, it was a nice board.

Details: 4 GB of RAM is installed as two 2 GB modules, no slots free.

It doesn't sound very "fixed" to me. Sometimes one slot will fail or only be able to take a lessor stick than the max. We both need more information. Are both slots working or just one? What was it sent in for? Was it tested with higher value sticks? What has been tried? How reputable is the repair place? Two gigs may not even allow the machine to operate.