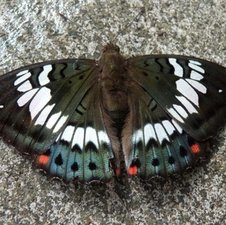 Both fans running high constantly from cold boot up

The problem is both fans are roaring away at full speed the second I press the power button.

I removed the battery, reset the smc. Reset the nvram / pram. Still the same!

Now then, I removed the rear case, hoovered out all the dust and fluff. Gave it a good inspection. Repasted the 3 chips, reseated the heat sink and reassembed.

When it finally booted up, fans roaring away again.

I installed El capitan. Then installed Yosemite. Then went back to Snow Leopard. All the same on all 3 osx versions , fans running high.

I removed the original 250gb apple sata and tried a ssd in place and it booted from the power key alone. Put the original sata back in and no boot unless, power key held down then magsafe plugged in.

Has anyone any ideas what it could be ? Why are the fans running at take off speed the second laptop powers on? Why are the fans not detected on machine by software? Why a change in hard drive type allows machine to boot off the power key and then not?

Theres no liquid damage or any other signs of anything to suggest otherwise. The machine has never been dissassembled before. The superdrive dvd player doesnt accept discs either. The original battery charges up but wil need replacing at some point.

It seems that might be not detecting something correctly. Check your ram and your temperature sensors too. Boot with as less parts required to boot.

By experimenting, it appears the problem has been solved. The macbook was booting up in 'smc bypass mode'. After running ASD 3S132 OS test, it turns out 'fans & sensors' weren't recognised in the test menu. The SMC initial start up test failed.

I located the SMC on logic board and blew some compressed air around it a few times. (worth a try I thought) , then reset smc & nvram.

Turned macbook on, and the fans were at normal speed! Great result.

Hope this helps someone out in the future.

Great! Thanks for the update!

ssavva05 , many thanks but if you read my update comment you will see I found the solution. The upshot of it was the macbook was booting up in 'smc bypass mode'. And after running ASD twice. The problem was rectified. Regards