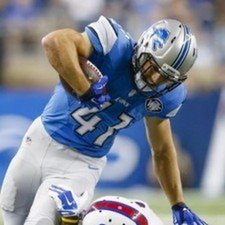 I dropped my phone bad on its face and when I picked it up there was a black splotch on one side of the screen and vertical green and purple lines covering a decent portion of that same half of the phone as well as the bottom half of the screen being greatly faded. On the left side, some of the touch screen wasn't really usable at all and the screen would shake and reflect the top half onto the bottom half so I would be sort of seeing double. I thought it would be somewhat functional but when I started trying to use it, buttons would press themselves and the lines and splotches have expanded onto most of the screen by this point. Obviously the inside LED or whatever is busted, is that at all fixable or do I need a completely new phone?

If you could post some photos that would be very helpful. Bilder zu einer vorhandenen Frage hinzufügen

Well the good news is this is definitely fixable. What I would do is replace the Display: iPhone 6s Display tauschen

That is a pretty simple and most fixable part on your iPhone! Hope this helps and have fun with the repair. Contact me if you have any issues.

You just need a screen replacement and it will fix your problem.