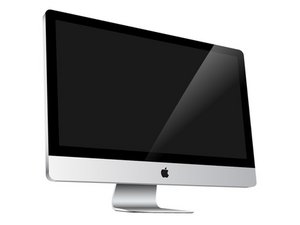 turn on Computer, Fan turns on, and Screen doesn't turn on

my landlords who are both in their 70's have had the iMac flat screen since it came out. They very rarely turn it on (maybe once every 6 months). This time they turned it on and the screen wouldn't turn on, even though the little white light on the corner of the screen was on. I'm a PC user who is their tenant and they don't have the user manual. Is there anything I can try before they take it in to a technician? Thanks in advance!

Have you connected an external display? Does that show anything?

Check for a image with a flashlight. If you get an image, it's the LCD or LED driver if it's LED. If it's CCFL, it's going to be the panel or inverter. I don't know which one the iMac uses, since you never mentioned this so I can't tell you specifically. As a general rule, anything from 2008 and below is CCFL. 2009 and beyond will be LED based. You should still verify this for yourself, though.

Some of these are also known for nVidia GPU failures, so you should also look into that. Hook it up to an external monitor and see. If it acts up, then it's the GPU. If the external is fine, it's the internal panel.

sounds to me like some hardware needs to be reseated b/c it's loose.