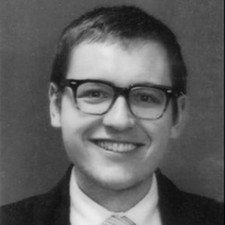 I’ve just finished installing a second SSD in place of the optical drive on my Mid-2010 13” MacBook Pro (see Zweite Festplatte im MacBook Pro (13 Zoll, Mitte 2010, Unibody) einbauen). I got it mounted and am seeing the additional 250GB of storage alongside the 120GB from the original SSD.

But now what? I guess I thought I was going to end up with a single volume where the computer would decide what data goes where, rather than needing to manually move files around. I found instructions on creating a RAID set, but I’m not sure if that would be what I’m looking for.

In the end, I’m hoping to have a single, shared volume for Mac to run on, plus a partition to run Windows through Boot Camp. Any thoughts? Should I just manually move some things to the second drive? What are others doing with their second drive?

I think you have the wrong idea here on what a second SSD can offer. Here’s a good write up on what the different types of RAID Advantages and disadvantages of various RAID levels

RAID is mostly used in a mirror’ed setup on laptops (RAID 1) with HD’s as the drives are on the slower side. It speeds up the reading & writing of the data and if one drive fails the other drive will have a full image of the dead drive. With SSD’s this is less of a risk, in which case RAID 0 is used but here you need to exact same sized and ideally same I/O speed for the drives (basically two of the same drives)

You also have the option of setting up a Fusion Drive which is the combo of a SSD with an HDD and is then seen as a single drive (the size of what the HDD is) The SSD here is used to speed up access of the HD’s files.

Joining the drives into a logical drive in a bunch of drives (JBOD) is not smart in a laptop! As you then need to treat the collection as a single disk. This is often done in servers and the OS has to support it. Sorry to say MacOS does not support JBOD disks at this time.

I think the smarter way here is to just find a larger SSD drive and call it a day with the one drive.