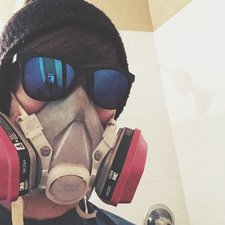 I replaced my dad’s camera on his iPhone 5s recently because the original wouldn’t turn on. While I was in the phone I went ahead and replaced his battery as I had a brand new one in stock from iFixit and his old one was beginning to swell. I turned on the phone before I closed it completely. I had to plug it in because apparently the iFixit battery was dead. The phone would just reboot (apple logo—black—apple logo—black, etc.). I put back in the old battery. It turned on perfectly. I put back in the iFixit battery and the phone would just reboot. I left it plugged in for a while and finally the phone turned on; however, every minute or so it would reboot. I switched back to the old battery and it began exhibiting the same reboot with interval behavior. I put in a battery from another 5s I had lying around and still… the phone would turn on and stay on for a little bit… then reboot.

I didn’t put the screws in the wrong place. I’ve seen the effects of that and I am extremely careful with screws. I’ve done 2 restores and 2 DFU restores on the phone.

Could’ve I received a bad battery from iFixit that fried my logic board in some way? I’ve had the battery in my closet for about 6 months.

I have no clue what’s wrong. Any help would be greatly appreciated.

(2 years later) I’m sorry for the late reply. Your logic board is dead. I have had this happen multiple times. it is unfixable unless you get a new logic board.