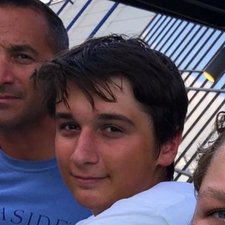 Hey everyone, I recently took on the repair of a late 2013 iMac. My family member says she was packing up and her iMac was on the ground but it fell over and cracked the corner. Also, there is minimal damage from the fall. In fact, all of the damage is in the screen and there is zero bending or denting.

What I have tried

I have gone through a few steps including fully disassembling and reassembling the iMac plus fully reseating the connections, and trying other power cords. I have also used a multimeter to test the power button, and it is fully functional. I have also tried all of the SMC and NVRAM reset procedures, but they failed as I don’t even think the board is powering up yet,

Currently, when plugged in, LED 1 is on, showing the board has power as normal when shut down. The problem is that when I press the power button, nothing turns on except for the HDD. The HDD audibly has power, though LED 2 does not illuminate and the fan does not spin up. LED 2 does not even flash.

Trying to power on spins up the HDD, but holding the power button will shut down the HDD. 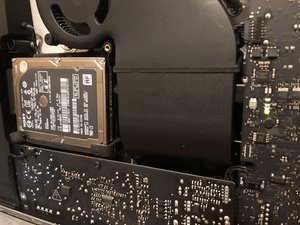 Thank you for reading this novel of a support post

You talk about a damaged display, did you replace it and if you did what was the part info so we can make sure you got the correct display.

@danj I have tried most of these steps with and without the broken display. I am currently trying to start it without a display and instead using a Thunderbolt to HDMI adapter connected to a monitor. While I have used iMacs without monitors before in the past, I feel like a lack of a display would fail in POST, meaning the mac would have to start up at least for a moment.

@nickdaria - I think you'll need to bring your system to someone who has more skills and access to the needed diagnostic tools to figure out what on the logic board is damaged.