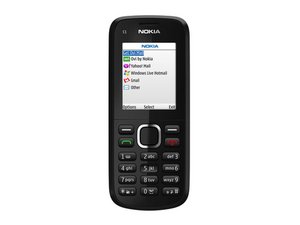 The Nokia C1-02 is a Dual-band GPRS phone that includes Stereo FM radio with recording feature, and email.

My wife’s Nokiasaurus (model RM-643) crashes on booting. I need to get her contacts off it but unfortunately they’re all on the phone itself, not the SIM card.

It takes much longer to boot than it should (several minutes). If it get as far as the home screen with the various icons, it crashes immediately and before I can navigate to and launch Contacts. More often it crashes before getting that far.

I suspect the FLASH memory is tired and some locations are unreadable. That may account for why it’s inconsistent - sometimes some locations read ok and sometimes they don’t. Can anyone suggest any more tricks than I’ve already tried?

I don’t have the means to try reflowing it. Anything else I could try?