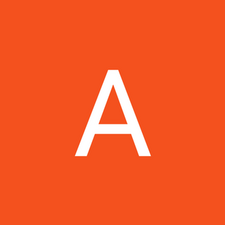 I have new iPhone se 64gb. It was left in the closet for quite awhile. I tried to charge it and I only get the apple logo then the empty battery screen. The phone will cycle between the 2 screens as long as it is plugged in but will not charge. Apple did initial quick diagnostic and said it is the logic board. Apple wanted $275 to repair the phone which it does not worth it

Is is it possible the logic board to go bad on phone that was never used?

Where can I buy a logic board that is compatible with SE?

Will iPhone 6S logic board work in iPhone SE?

I agree with the dead battery speculation, there's a good chance that's the issue as you said it was "left in the closet for quite awhile" and again you mentioned it was hardly used. Boot loop would be a typical symptom of a dead battery and can happen easily when left drained for some time. Wonder why somebody would want to replace a logic board without trying the most obvious and cheapest solution first. C'mon Apple, you can do better than that, can’t you really hire and pay decent techs ?

Try a battery replacement, if you want to do it yourself here’s the relevant guide:iPhone SE Akku tauschen

Unless the battery leaked, the logic board should not just die from neglect. Was the phone working perfectly before? Chances are the battery has slowly drained below a “safe” voltage, and the power management refuses to charge it.

There is a chance that the power management is broken. If that’s the case, then a logic board replacement/microsoldering repair would be needed.

6S board 100% not work in SE.... Is totally another board.... And new SE board you can buy on aliexpres... But buy with homebutton, when you not have originál button, not working after

iphone batteries have over discharge protection, once the voltage goes below a threshold, the battery is locked out for safety.

You can reset this but it’s better to just replace the cell with a new one.

True, they have over discharge protection. What I mean is that even after they're "locked out", the battery will continue to drain slowly by itself.