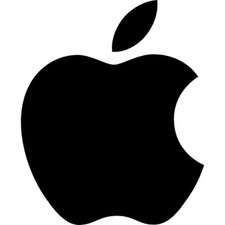 I have recently had my phone screen repaired by Apple in store. The problem I am now faced with, is the home button is stuck down, almost as if it is getting caught on something or it is stuck down with super glue! Has anyone had this before after a repair from Apple? I had this done less than 2 weeks ago, and I cannot get hold of them at all.

First things first, I would take the phone back to Apple. Go to the Apple store and speak to a member of staff. As long as you have a reciept or an invoice, then they will take a look at this for you (AS LONG AS THIS HAS NOT BEEN CAUSED BY USER DAMAGE).

The cause of the issue is more than likely either due to the screws that they replaced which holds in the home button, or it will be the bracket that sits over the home button. An issue that I come across a lot, is that most people screw in the screws that hold the bracket in, too far. When screwing these in too far, the bracket compressed against the back of the battery, causing it to either sit out too far with a lip, or causing it to no longer press in at all. Another easy issue with these is often enough the fact that the bracket is also sitting the wrong way around. This is a simple fix but just unscrewing the screws, and flipping the bracket over.