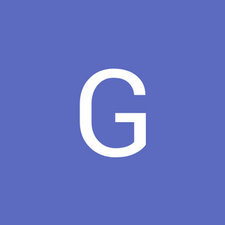 Why is my system overheating?

I've had the system for a few years and until last week it has never been cleaned before. The fan was loud but not to bad. I never had any issue out of it. Last week I had disassembled it and gave it a very good cleaning. The system was packed with dust. Very dirty. I used canned air to get dust out of small spaces and I cleaned the fan very well. I also replaced the thermal paste with Noctua NT-H1 Pro-Grade. I reassembled it and made sure everything was connected and placed properly. It started no problem. I could watch movies on apps and download games. Once I started a game disc the fan got really loud and shut off and I heard a few beeps. It did that 3 times. I tried a different game and it didn't turn off but the system literally sounding like a jet about to take off. Now I can play games but the fan is still very very loud and it doesn't sound good during gameplay. When I look up the symptoms all I get is it could be dust (No dust at all and replaced thermal paste) or the fan doesn't work (fan is definitely blowing out air) does anyone have an Idea?

Double check if the clamp is installed correctly. If it is installed upside down it will not give enough clamping pressure so that the heatsink cooler gives enough pressure on to the APU processor.

Also check if thermal pads on both sides of silver metal plates are present. Any missing or very misaligned will trigger the overheating warning.

it sounds like you know your way around a system pretty well. It’s odd that you would be having those issues even though followed proper procedures (Assuming everything was done correctly). I know this might sound odd. Try to reapply thermal paste.

As much you probably don’t want to go through that again. I’ve repair many PS4’s but never had any do that