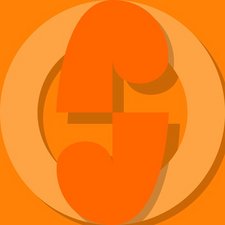 I have headphones connected through the TV (HDMI) and there is usually a static sound for a fraction of a second and the controller disconnects (with the last input being held until it crashes). 2-10 seconds later the console crashes.

It also happened when connecting the headphones over the controller.

Sometimes it also just freezes and plays a loud static sound until it crashes (again 2-10s).

All the usual steps didn't work. (Rebuild database, reinstalling the system software, replacing HDD, cleaning out any dust from the fan etc. All the ones mentioned here I already tried so no use recommending them to me again)

Before I try anything expensive or risky (replacing the PSU, reballing the APU etc.) it would be nice to know what might actually be the problem. Any advice whatsoever is welcome!

Haven't used it in a few months now. Just used it again and it hasn't changed. Though now I'm relatively sure it's not actually related to the software used but instead just completely random.

Because of the too many USB devices connected error I am pretty sure the console is short-circuiting somewhere. I still haven't found any fixes about this online over half a year later and also haven't put it into any repairshop because I don't want to spend money when they can't guarantee the can't fix it (and will take the money even if the can't fix it which is what most German repair shops do…). With there being basically no information about this online I also don't think many repair shops would be able to fix this so going to one would have a high risk connected to it.

If anyone on here knows any good repairshops in Germany that won't charge if they can't fix it that would be nice too.

Tried Thermal paste, changing hard disk and reinstalling system, and at the end I reballed APU (I'm a technician). Trouble NOT resolved …. Shutdown randomly, sometime with error “too many usb connected”… I'm investigating…..

Did you find the solution?

crashing in PS4 is due to one of 2 things from my experience. Overheating, or HDD failure. First step, clean dust out of device and apply new thermal paste. If device still crashes, and you have a good HDD laying around, try and install it in device and see if it fixes it.

Edit: also, I’m unsure of repair shops in Germany, but many over here in the US including the one I work at work on a no fix no charge process. You may have to look around, or maybe there’s one you would be able to ship the device off to for a reasonable shipping cost.

Thanks for the answer.

As I said in my question, I have already tried replacing the HDD and also tried cleaning out the fan. The only thing I haven't done yet was replace the thermal paste but a lot of people were basically guaranteeing me it wasn't overheating because there should be some light glowing up during the crash (which afaict it didn't)

I guess I'll try to replace the thermal paste next as that should be pretty risk free. Are there any kinds of paste you shouldn't use because of the alloy or can I just use some I have lying around?

ah my bad I hadn't fully read through the post just skimmed. I usually use arctic silver 5, I know some are made with an alloy that is electrically conductive. as long as you avoid that, or are very careful not to put too much on, you should be fine.

these systems are supposed to throw a red light and beep when they overheat, being a bit of a cynic I never trust that 100% and double check to be sure. Device could indeed have a board issue that prevents it from shutting down properly from overheating.

That said if you've already replaced HDD and new thermal doesn't fix then yeah, it likely has a mobo issue. I'm unsure about your country but I know in the US the cost of these systems is coming down and mobo repair can be costly to have done professionally, so at that point it may be better to replace the system. Could even sell on ebay as for parts to recoup some of the cost. Though I know it doesn't really help fix your problem it's a possible path forward

I also have the first generation Ps4 pro. Absolutely the same problem, I drove it to a service center, but could not solve the problem.

I also noticed that this happens more often in the main menu and “high-performance games”, and much less so in fifa18.

I have different thoughts about the reason (I'm not a technician), but one of the main versions is overheating, because if you put 2 cold packets on the console with milk, it happens less often. Perhaps the point is in temperature sensors, since I have no explanation why this can happen quite often in the main menu.

I was getting static electricity shocks when I touched my ps4. Went to charge a Juul and got a good static shock. Made my internet go down had to unplug router and modem several times. It work on and off then the message Too many usb devices and the internet on ps4 did not work. I wiped it clean with Initialization and now I can’t get any controller too sync tried everything online still says too many usb devices. I’m thinking the usb chip inside somewhere got fried by Static electricity. Here I sit with ps4 saying

USB ports must be fried something inside yours is fried but what part? is it worth fixing probably not?