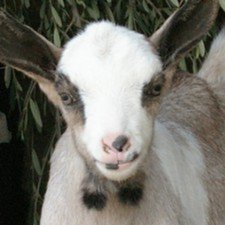 I have rotated my iMac to portrait, will it be thermally OK?

I have rotated my iMac to portrait with the media slots at the top.

Does anyone think I will have thermal issues with it? 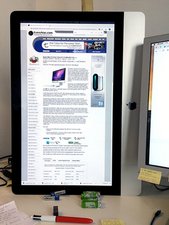 While using it this way for a few minutes or so won’t hurt your system overtime it will degrade the parts as they won’t get the needed cooling the system was expecting when in its proper position.

I too like to see things in portrait often. I would just get a nice external display which is designed to rotate into portrait mode, thats what I did!

OK Dan. You are right. If you see the answer I posted with temperatures for horizontal and vertical orientation under load, the temps are very similar. However, under load, the fans are going harder whereas under normal use, the system must be making assumptions which probably result in the fans slowing down causing the power supply area (now at the bottom in this orientation) to heating up to over 85-90ºC when it should be closer to 70-80. Conclusion? Need to try some blower fans in the bottom grille area. Until then we are back to the horizontal (yuk :P ) position!

I'll give you an E for effort! As you did the logical process of proving it to your self.

So, I did some testing. I used the “Hardware Monitor” app to compare temperature readings between the vertical (portrait) and horizontal (landscape) screen orientations / rotation. Then I run 3 consecutive tests with CineBench R20. Each cycle takes 10 minutes on my computer so each orientation was tested for about 30 minutes at full CPU load. Then I took a screengrab of the sensor overview window of the “Hardware Monitor”. I did the same for both orientations. I ran the horizontal first, then the vertical outing the imac to sleep for a couple of minutes to change the orientation. Note that the ambient air temperature is higher on the vertical orientation.

I also include a screen grab of the Intel Power Gadget as it was right as the 3rd test cycle was ending at the vertical orientation. I believe this app is showing a more accurate reading for CPU temp. Note that while the hardware monitor app is old and discontinued, it and my iMac are of the same era. 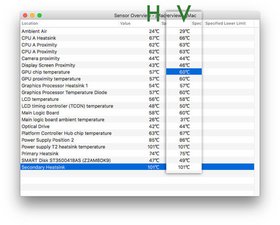 OK. In vertical orientation, the power supply temperature does not seem to go down quickly enough. It stays hot for too long.

You shouldn’t have any issues. The iMac pulls air from the back and pushes it out the back. The air isn’t drawn in or pushed out the sides, so the portrait orientation shouldn’t impact anything.

Well, that's not fully correct. The design is based on the chimney effect the vents at the bottom allow air to enter and the slots on the backside of the top edge is when the hot air exits.

So now think how a hot air balloon rises up. The hot air within the envelope weighs less so it wants to go up. Clearly, it won't go sideways on its own it needs the winds to push it.

Now a system has a bit more heat in it than a display alone so you need to consider that. Fashioning a fan system which fits across the bottom edge end to end so the full area gets air would be one way around this. By the time you fashioned something up a good cheap external monitor would just be easier!

@danj I had a Cinema HD aluminium display in portrait (see photo right) for ages and it was too big, and the iMac was too small as a primary landscape display. So I swapped them and ergonomically it is better.

Unfortunately, running a landscape iMac, a landscape Cinema HD Display and a 3rd portrait display is not something the iMac can do with its one monitor port.

Maybe there is some merit to what you are saying about blowing air via the bottom edge vents. Will do some temperature monitoring and think about it.

Ha, yes that does complicate things! What you really are looking for is a 27" iMac and a 21" or so external monitor which can do portrait.