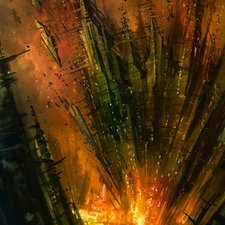 I recently tried reviving an iPad that had a completely shattered screen and badly damaged outer casing where the internals appeared acceptable, only requiring bending back into shape and a new LCD/glass. The device works perfectly in every way after my repair except that it randomly restarts every few minutes of being turned on.

It restarts whilst on power or off at the same regularity, as well as after multiple software erasures just to be safe. The only thing I can think of that could have caused it is when putting the new screen in I accidentally nicked two small components on the main board in the area circled below (in the corner next to one of the LCD connectors) so perhaps they are part of the gas gauge? I'm really just guessing here. 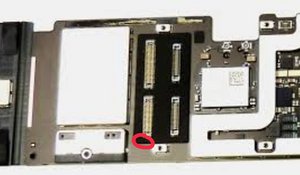 As an aside I also tried to connect the iPad to my MacBook and get the console logs when a restart occurs however they don't appear to be very useful as I'm assuming there's a delay before they appear on my Mac.