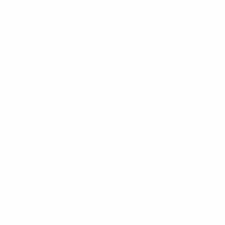 Internal SSDs not being recognised by MacBook Pro

I’m hoping someone can help with this. Back in March, my MBP switched itself off when I was exporting photos from Lightroom and then displayed a box with a question mark. However, a couple of weeks later when I randomly tried to boot it, it switched back on a few times but froze and turned off after a few minutes each time.

I spoke to Apple Support who said this was my SSD and I did a few tests to check if this could be solved. The drive did show up in Disk Utility and so I reset the disk, did first aid & then tried to reinstall the MacOS like I was advised to, but the Mac switched itself off when the update was nearly finished and showed the box with the question mark again and since then it’s stayed the same.

I ordered the Transcend JetDrive 850 240gb NVMe Pcle x4 SSD and replaced the current SSD with this then loaded up Internet Recovery. At first, it didn’t show in Disk Utility, but when I took it out and put it back in again, it did. I was able to format the disk to ‘Mac OS extended (journaled)' and start the process of reinstalling the MacOS. However, when the installation was nearly complete, the Mac switched itself off and then back on and showed the box with the question mark yet again.

I restarted Internet Recovery and opened up Disk Utility again and went onto Terminal where I typed in ‘diskutil list’ to show the drives but both my old and new SSD aren’t showing up in the list.

I’m not sure if I’ve missed out something or if it’s maybe the logic board that’s broken as the Mac doesn’t seem to know there’s an SSD in it? When it does recognise it it’s only for a few minutes and will crash during the MacOS installation.

Is there anything else I can do to get the SSD to work that I may have missed?

This is starting to sound like a power issue!

Let's first make sure the MagSafe connectors are in good shape. Review this Apple T/N Apple Portables: Troubleshooting MagSafe adapters If you can get your system running long enough install this gem of an app CoconutBattery take a snapshot of the apps main window and post it here for us to see Bilder zu einer vorhandenen Frage hinzufügen

And lastly, see if you can get the onboard diagnostics to run. Press the D key when you restart your system

I ran the diagnostics this morning and the codes PPP004, PPP002 & VDH002 appeared. I’m confused by the PPP002 code though as there wasn’t a charger plugged in at the time. Would the MagSafe connector have affected the SSD? I still can’t get the SSDs to show up in Disk Utility and if they do show, they stop working when I’m installing the new macOS so I’m unable to download Coconut Battery unfortunately.

The PPP error could be a knockoff charger and that could have damaged your systems charging logic.

Let’s get a better view of things, install this gem of an app! CoconutBattery take a snapshot of the apps main window and post it here for us to see Bilder zu einer vorhandenen Frage hinzufügen

Are you able to boot up under an external drive or are you accessing your system via Internet recovery?

I was able to set up an external drive with High Sierra and boot up the Mac with it last night. Today when I tried turning it on again, it popped up with the reset kernel panic as I was logging in and it took 5 times to get the Mac to start up again. I think this may have something to do with the Mac itself but am not sure which part is affecting this.

Not good ;-{ Your logic board is having serious problems! Did you have a liquid spill at some point?