The battery was dead and wouldn’t even turn on when plugged, so I had to replace it, very easy part to source. When I removed the original battery noticed it was completly bloated.

New battery installed, and the iPod turn on right away. The problem is this two lines came up on the screen.

They seem to be black when the back is white, and grey/white when the screen is black as shown in the pictures. 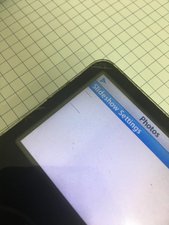 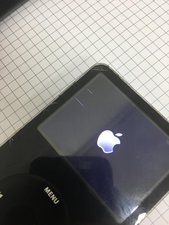 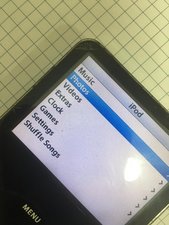 Also, when the backlight is off, they disappear. 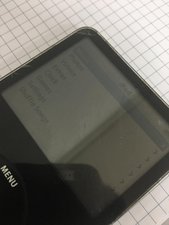 Already tried cleaning the LCD connector, and no luck.

Any possible solutions other than replacing the LCD?

After reading online regarding this type of issues, I decided to take the iPod apart and massaged the LCD… The lines have disappeared partially at least. 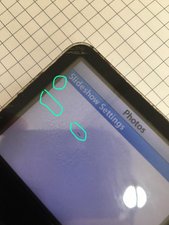 I’m not sure if its possible to totally remove this lines, probably only replacing the screen.

@andresrobinson that is a bad screen. The only way of fixing that is by replacing the screen.

Hello @oldturkey03 before reading your post I decided to massage the screen, that helped reducing the lines (Question updated with picture). Do you believe further massaging can solve the issue or only replacing the screen?

@andresrobinson replacing the screen will be the only way to go. Of course ,for now just keep it and get used to the few lines. After all, this model is truly a great device and for as long as you are not worried about watching to many videos, I'd enjoy it the way it is.