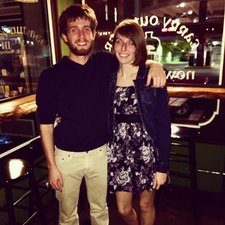 What's the potential source of stereo audio issues with the iPhone 7+?

My white iPhone 7 Plus could stand in for the Ship of Theseus given how many parts I’ve replaced. Recently I was forced to replace the charging port/microphone, and after doing that it developed all sorts of audio problems.

At first the audio coming from the main speaker cut in and out, followed shortly by no audio at all. The next day all audio came from the earpiece speaker, and it was muffled and very difficult to hear. Plugging in headphones didn’t do very much to help, since all audio is coming exclusively from the right headphone, with the left side producing no sound at all (this is true of all headphones I’ve tried).

I ordered both a new main and earpiece speaker, and I replaced the main speaker first. I tested the audio before reassembling everything, and I could finally hear sound coming from both speakers, so I decided not to install the new earpiece speaker. I put it all back together and was dismayed when the audio was suddenly quieter than before, but at least it was audible.

The especially frustrating part is that I plugged in headphones again only to realize that there is still no sound coming from the left headphone!! Does anyone have a clue about what the issue is?

Tom is right about the speakers. Replace the dock assembly and see if that fixes it.

iPhone 7 has been known to have weird board problems arising from PCB design, eventually either the baseband chip or the audio chip will fail. Since it is by design, if you have it, you can’t truly fix it.