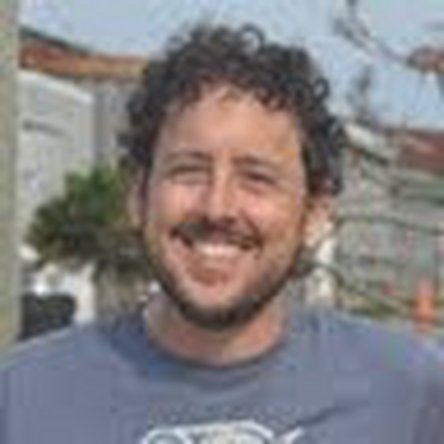 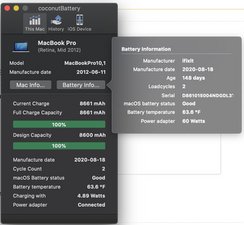 Hi, I bought a battery replacement from Ifixit for mid 2012 MacBook Pro retina.. All was going well until I followed the battery calibration process and let the power drain out until the machine shut down. After I plugged the power cord back in, the machine makes a kind of quiet rhythmic breathing noise but will not restart. The breathing noise sounds sort of like a fan starting to whir at startup but after a Half second then it slows and attempts to start again. This cycle continues on and on. Finally after a couple hours i unplugged i. that is the only thing that stops the rhymic very low sound. The sound starts again if I push the power button to attempt a restart while unplugged. Besides the problem of the machine not working, I’m also concerned that the calibration failure will effect the battery. Thanks for your help.

What is the color of the MagSafe LED Amber or Green?

The color is amber. Thanks

The color is amber. Thanks

Have you tried an SMC reset? With the machine powered down and the charger connected, hold Shift + Control + Option + Power for about 7 seconds. Then release the power button and the other keys. Then try to power on.

Yes I tried that. While the shift-cntrl-opt—power keys are down, the breathing sound stops. But when released either with power cord in or out , it does not restart on power button pushed @zpl

Here is the charger you need a REAL Apple unit: Apple 85W MagSafe Power Adapter (for 15- and 17-inch MacBook Pro)

Make sure you get a REAL unit! Don't use a knockoff! You can only get a real unit from Apple directly or authorized reseller. What Amazon/eBay is setting as Real aren't! And only buy one that's in the proper packaging.

@zpl @danj Thanks-- but the link posted was for the original MagSafe and for mine, I need the 85W MagSafe 2 Power Adapter -- almost ordered the wrong one, but now ordered genuine part from Apple. In the meantime for now, machine is working well -- and BTW, weird that Apple sells the adapter to fit on the wrong charger head. I've been using this one for years. But onward. I appreciate all of your attention and expertise.

It’s starting to sound like the battery or the charging logic on the main logic board is bad.

Lets see if we can isolate which… Follow the guide MacBook Pro 15" Retina Display Mitte 2012 Akku austauschen to Step 4 disconnecting the battery. Now with noting plugged in press and hold the power button for a good 10 secs. Then proping the system on its side so the MagSafe connection is on top plug in the charger, your system should then spontaneously startup did it?

Thanks. Did as instructed and no it did not start up.

Not good ;-{ Time to take your system to an independent Apple shop to see if they can check things out.

Very disappointing as it was working fine before I replaced the battery — and even AFTER I replaced it. This failure happened when I was in calibration mode, letting battery run out. System shut off at 5 percent power showing. And since then nothing. (BY THE WAY: while changing battery I also replaced keyboard and backlight — any chance this is problem? But they were also working fine at first.)

Is it worth trying a new logic board?

@Allen S - I think you're chasing your tail here. Best to let someone with deeper skills diagnose things.