MacBook Pro does not turn on

It was working fine when I shut it down to keep the battery from draining during a power outage. It was connected to the power adapter, which was plugged in to a surge protector. The shutdown happened normally, with no signs that anything was wrong. A couple hours later, when the power came back on, I tried to start it up, but it was completely inert. No lights, no sounds of the drive or the fan coming on. The only sign of life was that the light on the power connector was lit orange. Later it turned green, which tells me that the battery still charges.

It seems to me that it could be something as simple as a bad power switch, but I don’t have any experience with diagnosing this sort of thing. Since Apple won’t fix something that old, I’ll see what I can do on my own. I’m going to order some tools to take it apart and try spraying some keyboard duster around the power switch and see if that helps. If not, I guess I could try replacing the logic board at $250, but that seems a bit of a gamble without more to go on. Anyone have suggestions?

Thanks for the idea. Unfortunately, the only thing that happened when I tried it is that the LED on the charging cable plug briefly turned from orange to green, and then back to orange after a few seconds. I was still unable to power on afterward. 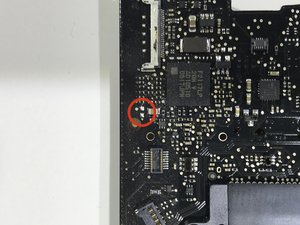 I’m more likely to believe your battery is worn out than your logic board.

Thanks for the advice. Normally the battery fails gradually. It starts swelling up and doesn't hold a charge as well, so I have plenty of time to replace it. I have not noticed any such signs recently. However, the battery that's in there now is a different brand than I have used in the past, so it's possible that it behaves differently when it's on the verge of failing.

Are there any guides here on starting using the power pads?

Just short across them. If the system fails to start you have a dead battery and/or the charging logic within the logic board needs repairs.

As far as battery failures: A battery that swells up is one that was over charged either because it was deeply discharged and then charged a few times or the charging logic has a problem. Batteries also fail from simple age as well as chemical breakdown these conditions won't cause the battery to swell up.

Ok, the tools arrived the other day, and I attempted to start it using the power pads. I found this link from another thread that helped me identify them: https://www.insidemylaptop.com/turn-on-m.... I connected the charger and put the battery back in, but was not able to get it to start even after numerous attempts to bridge the pads. Next I guess I’ll try ordering a new battery and see if that does it.

@stewedtweeds - I'm confused?? I posted the power pad location for your exact system (Late 2008 & Early 2009). If the pads where somewhere else then we are working on a different model.

@danj I guess the photo looked different because it was taken with the logic board out of the computer. Looking closely, it's the same. Sorry for the confusion, and thanks for the suggestion about the connector.