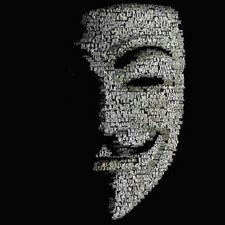 Message about Screen and Battery will it affect use/performance

Hi everyone, so I’ve got old iPhone 11 that I want to give it to my father, unfortunately phone had a hard life (had screen replaced three times, rear housing once, as well after last screen replacement there is information that Face ID is not Available - I’m assuming cable was damaged somewhere, but I don’t care about Face ID), I managed to get a genuine housing with all small parts and battery as well genuine screen, someone just removed the motherboard and sold the rest. I’ve moved the motherboard as well Face ID module and Front Sensor assembly from old iPhone 11 to new shell, unfortunately True Tone is gone and I’ve got two Important Messages about the battery and the screen. I know that JC 1VS will be able to restore the True Tone (even without old screen), but will be able to remove the Message about the screen? If not, will use or performance of the phone will be affected in any way, so my father can use it as normal? (he use the phone only for calling, messaging and internet browsing). I understand the messages will also disappear after 15 days of using the phone, and the badge by Settings icon will also disappear?. Just want to know a bit more about it, because if there will be a hassle, and spending like £240 by taking the phone to Apple for a fitting new battery/screen just to remove the messages, then to cut the cost I’ll just put the motherboard to old 11 and sell everything and buy a used iPhone 11 or XS MAX.

OR, do you think if I’ll take the phone to Apple and tell them that motherboard been moved to different iPhone and has all genuine parts will they only link/program new parts to old motherboard, or just replace battery/screen any way?

Thank you for your answer, I’ve transferred the old parts to new screen but Face ID still not working, I think during last screen repair, cable was damaged. Yes it does require to take the flex cable from battery and solenoid to new one, then reprograming. I think I’ll just revert everything as it was and sell it on eBay to have the money back and will just buy used XS/XS Max in good condition

From what I've heard, while the JC V1S can repair True Tone, it cannot remove the message. The JC V1S will also restore some original battery functionality, but I believe that requires the original battery, and the reprogramming probably won't help the battery message either.

I would say to use the phone with the warnings and wait for them to go away. These warnings will not affect the functionality of the iPhone besides Face ID not working(to get Face ID working on iPhone 11, you need to transfer a few parts from the old screen to the new screen).