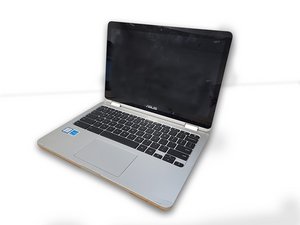 Asus Chromebook Flip C302CA is a small-budget laptop Chromebook. This Chromebook can be a tablet or a normal laptop computer 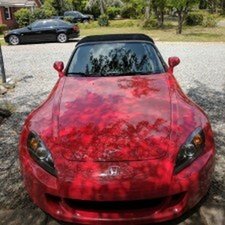 faulty charging and random restart; tried just about everything

My Asus Flip C302CA Chromebook was old enough that I decided to replace the battery when no other solution worked. That went successfully thanks to ifixit kit and instructions. I thought I had the problem solved, but now it's back. Here's what happens. I plug the charger cable in (I've used two different OEM charging cables/adapters and tried both charging ports multiple times). The amber light goes on solid, as it should. But, after a few minutes, it goes off. The unit has shut itself down, and it has not continued to charge. As I said, I've replaced the battery, hard-reset it a hundred times, removed browser extensions, tried different power outlets, tried a different charger cable/adapter (OEM), tried the charging ports on both sides of the unit. I also tried charging it ina better-ventilated spot to see if it was overheating. Nothing works. I'm about to the point of recycling it with a brand-new battery in it which would suck.