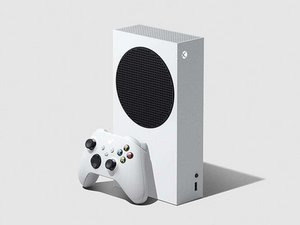 Why is the Xbox Series S power light flicker and then turning off?

I'm trying to repair an Xbox Series S. When I try to turn on the console, the power light turns on for a second, and then shuts off. Other than that, the console does show any visible response to pressing the power button. The fan doesn't even attempt to start spinning up. I've tried booting the console in safe mode, but it gives the same result. At first, I thought that it might be a power supply issue, but replacing the power supply didn't do anything to fix it.

It could be a safeguard built in by Xbox that occurs if something is broken or damaged internally. Have you tried looking around the motherboard for loose connectors? If you haven't then please try it. If this doesn't work, try a different outlet or try a new power cable.

I've tried reseating all of the connectors, and it didn't make a difference. I've also tried it with different cables and outlets.

Do you have a spare working power supply? If you do then try to use that. If it still doesn't work then its a motherboard issue.