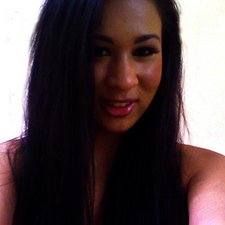 How To Replace Glass Trackpad

I've got a 13" MBP with a badly cracked trackpad. I've purchased another trackpad (part #922-9014), but cannot find a tutorial or instructions on how to replace it. Any help/links are greatly appreciated as I need to repair it ASAP.

You totally can replace the trackpad on the 13" MacBook Unibody using part number 922-9014.

I dont see a repair guide for the glass track pad, but maybe you can use one of these other guides to get to the track pad and take it from there.

Yeah, unfortunately I looked through most of those and I think I'm too much of a novice to just kind of guess where the the ribbon attached to it exactly plugs into.

Ohhhh, being that you're the go-to-girl for mac repairs, I figured you would know. ;o)

Step 11 of the topcase repair shows the track pad cable.

I can find no place on the web that described how this can be done without replacing the entire top. I see several places to buy the part and to buy the keyboard but none on how it's repaired. I looked at one and don't see how it could be done. I've replaced them but never repaired anything but the keys. The part appears to be the 922-9014 13" MacBook Aluminum (Late 2008) SVC Track Pad Assembly. Not for the Unibody.

I just followed Ben Eisenmans description and had the trackpad replaced in < 1/2 hour. Walk in the park (if you have the right tri-wing screedriver. You need a real tiny one for the 6 upper screws and a size 0 for the hight adjustment).

Lix: Ok it looks like everyone feels you can not replace it without replacing the entire top. Since you have the part already, just look at it and see where the part has mounting points and work it out in your head how it should come apart. The worse you could do is damage the top and everyone above feels you will have to replace it anyway so what do you have to loose.

I it were me I would have a heat gun and the top panel and go to town. But make sure you can get the replacement keyboard top if it does not go as you expect. Do Not Use Metal Tools to pry out the mouse pad as you will scratch the paint on the top board at the very least.

Look at it and give it a try but be slow and watch what you do.

She might do better to get her money back and get the correct part.

But she seems to have a desire and I would not discourage her if she is willing where others are scared.

The cruddy thing is that the machine isn't mine and the part wasn't bought by me! I'm trying to help out a friend and she bought the part and gave it to me to install, when I was expecting her to just get the entire top case piece. :\

so what was the outcome of all of this?

got a friend that has a bad trackpad

I can't find an article directly for fixing the trackpad on the unibody, but basically follow the guides here. All you need to do is remove the battery and hard drive, and you can see the trackpad right there. There are 8 very very small screws that hold it in place. Just disconnect the cable from the logic board and slide it out.

Now, I'm a little lost after re-reading the thread. People seem to be talking about a 13" MacBook, when it looks like the OP is talking about a 13" MBP. **Just looked up the part number from her post, and found one on eBay. Matches it perfectly from what I can tell. Having to do the same thing on mine, except mine is screwed up from beer.

Her Identification of her machine on Mayer's answer identifies the machine as a Late 2008 MacBook Unibody, rather than the Mid 2009 MacBook Pro 13" Unibody

as it turned out, at least in my case,

I plugged in a usb trackball and got all functions back.

the owner had messed up the trackpad setting soooooo bad

Once running off the usb trackball

the settings were reset back to something useable .

no replacement trackpad was necessary.

Seems like there is no way to replace the trackpad it self without replacing the upper case :(

How come apple did not expect these problems before they made their machine :S

Replacing the trackpad turned out to be really easy! Yay!

On my 2009 Macbook Pro 13" Unibody I removed the bottom of the notebook, removed the battery, removed the 8 screws holding the trackpad to the case and disconnected the ribbon wire connecting it to the motherboard, put in new trackpad and reassembled. Took me about 30 minutes. Didn't even need a guide as it was pretty intuitive.

The one part that I got hung up on was that I didn't have a tri-wing screwdriver which you need to remove the 2 screws holding the battery in. I just used a very small flat-head in one of the wings on the tri-wing screw and managed to undo them that way.

My trackpas is over too and I intend to repair it by myself.

I've heard that trackpad price in the apple store was around 75 dollars and it is pretty much the same price you can find on ebay or other shops.

Anyway, the only question I have is about the tools you need to repair : some people say that the tri-wing screw is for removing the battery and others to remove the trackpad itself. Are the screws of the trackpad normal one or tri-wings too ???

But I'm horribly stuck, all I need is a tri-wing screwdriver to fit the 6 tiny screws that hold the trackpad in but I can't find one anywhere!

Please help, I've bought 4 different screwdrivers already, all too big, and I don't know where else to look :-(

Thank you in advance!

I FOUND THE SOLUTION!!

If anyone can't find the right size Tri-wing as well, I ended up buying two different tri-wing screwdrivers (advertised as for the Wii and DS) off of eBay, they both looked identical with a red handle but only one actually fits the screws.

So if your desperate to get one all I can say is buy a few different ones from different sellers (they're only like £1 each) and hope you get one that fits.

Hope that helps anyone!

You need a size #0 and a size #00 triwing for this repair, that's it. you can get them from Microcenter or a similar store for under $10 for both.

i went down to a o'reilly auto parts and bought a screwdriver set for around 5 bucks back when i put in a larger hard drive and more ram. had every size and type i needed. you guys could try in an auto parts store and see if you have the same luck..

i have a question about the trackpad though: is there a difference between the 13inch trackpad and the 15inch? i've found both on ebay; one is 10 bucks cheaper.

also, i heard someone talking about screws holding the battery in place...my battery isn't held in by any screws. it pops right out. am i in the right section for the type of pro i've got?

it's model a1286, and yep, the glass is cracked and i'm looking into fixing it.

question from response 3 above:

Could someone clarify where the keyboard bracket is? I see lots of screws but not two that seem related to keyboard.

I seem to be stuck on this step too... can anyone please help?

Does anyone happen to know what size# the height adjustment tri-wing screws are? Sears advertises a kit that includes #1, #2, #3, and #4 tri-wing screws - is this small enough?

What is the price for the trackpad.