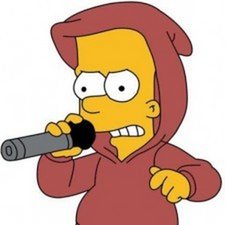 No Display. But Working fine on an External Monitor?

I have a MacBook Pro 13" Unibody A1278 2009 model. When it is started, the display does not show up but a background light can be seen and can be controlled with brightness buttons (F1, F2). Everything else works fine and it is right now connected to an external Sony Bravia.

It reached its present condition after several mishaps.

December 2009 - Stepped on it - cracked Front Bezel/Panel. But LCD worked fine with no glitches.

June 2010 - Spilled water on lower half (Keyboard and Trackpad) - Immediately turned the macbook upside down and pressed the power button for some time to shut it down (phew!) - I think that is why the sensor below trackpad turned Pink. But still, the display was working after i had let it rest drying for 2 days.

August 2010 - One fine day, the display started to flicker (On/Off - come and go randomly) and finally the same day it died. Of course a background light was still there which could be controlled by brightness keys F1, F2.

Now what i had achieved so far with it is:

I ordered a new Front Bezel/Panel from iFixit and was going to put it in place of the cracked one but the same day the display died on me (August, 2010) so i had the cracked panel removed and the new panel waiting in box.

Then, on January, 2011 - I ordered a 13" Unibody LCD Panel Glossy from iFixit. I replaced it with the old one but still it did not worked. The LVDS cable used was the old one. Still, no video but still the same background light.

I asked this question on MacRumors' Forum and Dadioh was kind enough to reply to it - "Data signals going into the LVDS may be bad". The small fuse is fine and i have 27V at full brightness on the boost diode.

Till Feb 2012, it is working fine on an external display. But the new LCD and front panels are waiting in box to be used.

Any suggestions for fixing it up?

Follow the trace from the boost diode going towards the LVDS connector, it should lead to a capacitor, on the MBPs it is white. Check the voltage on the far side of the capacitor. It should match the voltage on the boost diode. If it does not the capacitor is bad. Really inspect the LVDS cable connector on the logic board for corrosion or discoloring. Clean any pins that are like that. Inspect the solder joints of that connector also. I suggest using a stereo microscope, use a 10x or 20x jewelers loupe if that is not an option. A number of Techs have complained about no backlight being related to the LVDS connector on the logic board,

@ABCellars: I did check the voltage of the Boost diode from the Cathode side and hooked my Multimeter's Ground to one of the screws on the Motherboard nearby. One side of the White Capacitor was showing the same voltage as the cathode of the Boost Diode.

At full Brightness of the Display, i was getting around 27V at the cathode.