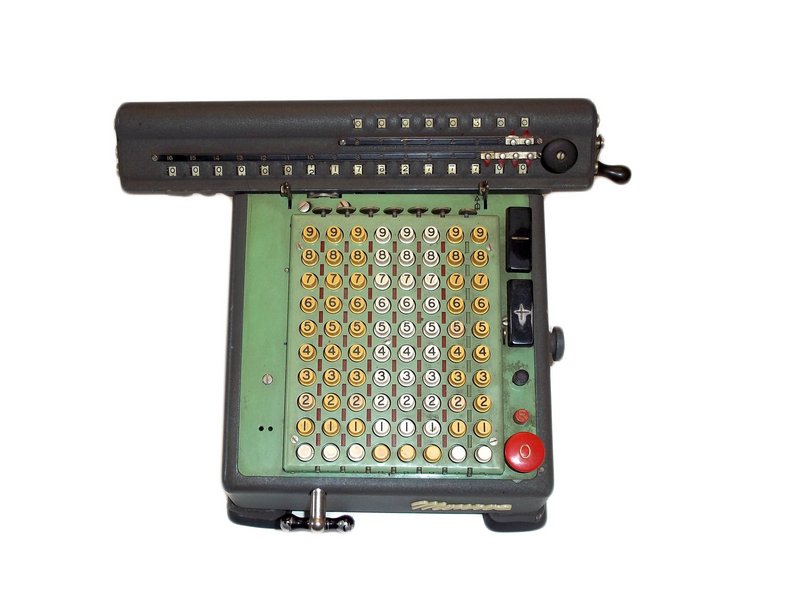 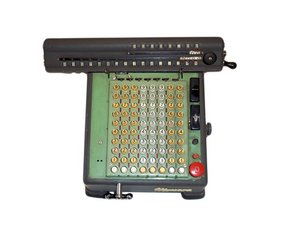 Electromechanical calculator which graced many an accountant's desk between the 1920s and 1960s. The underside of the machine has a slot which, if you peer into it with a flashlight, will reveal the stamped designation LA-160-(serial number).

Ever been at a garage/boot sale, flea market, or junk shop and seen a weird thing that looks like a cash register and a typewriter mated? These are electromechanical calculators which our dads and granddads used in the office because electronic calculators were far off in the future.

There are many of these now on eBay, but many of them are less than functional. The last time they were used was probably in the 1960s, and all the grease has probably congealed and picked up dust and twigs and things. Also, decades of being moved around and not being serviced means that parts go out of alignment or get broken by the well-meaning and the inquisitive.

Worse, the manuals and repair guides for these machines are either rare or nonexistent.

The LA-160 is of the L series of Monroe calculators introduced in 1928, with the A meaning Automatic, that is, with an electric motor attached. This model has a 16-digit accumulator and an 8-digit counter, and can multiply and divide (manually) by successive addition and subtraction.