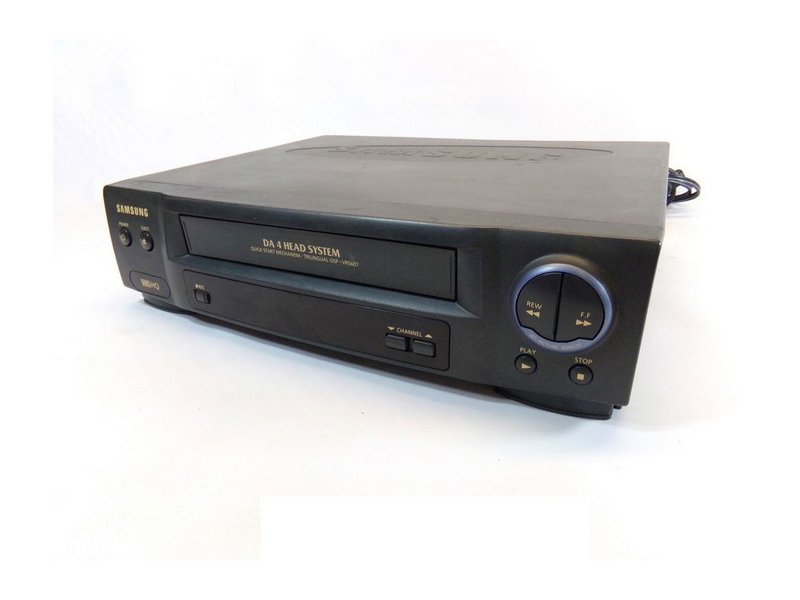 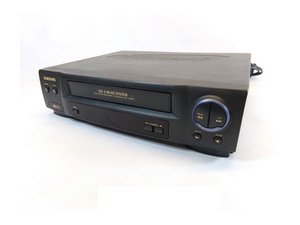 Repair guides for the Samsung VR4607 and VR5607 videocassette recorders.

VCR stands for videocassette recorder. These devices record audio and video on a tape, and can play the recording back on a television. The first VCR was made in 1956, but they didn’t become a popular video playback format until the 1970s. The popularity of these devices continued through the 1980s and 1990s. However, in the late 1990s and early 2000s, VCRs had to compete with new technology like CDs and DVDs. Eventually, VCRs became outdated, and today they are almost completely replaced by newer technology.

The Samsung VR4607 is a budget VCR VHS HQ system. It has two heads, mono audio, and instant start transport , since the tape is always loaded, even during stop, fast forward, and rewind functions. The Samsung VR5607 is one step better than the VR4607. It has four heads instead of two. Heads are dedicated to either video or audio, and are usually split between the two (for example, a 6 head VHS VCR might have 4 video heads and two audio heads). The minimum number of heads is usually two. More video heads give better slow motion playback, and make better freeze frames. Mono audio means that the sound appears to come from one place. Mono audio is not very common in modern devices, which use stereo audio instead.

How a VHS VCR Works