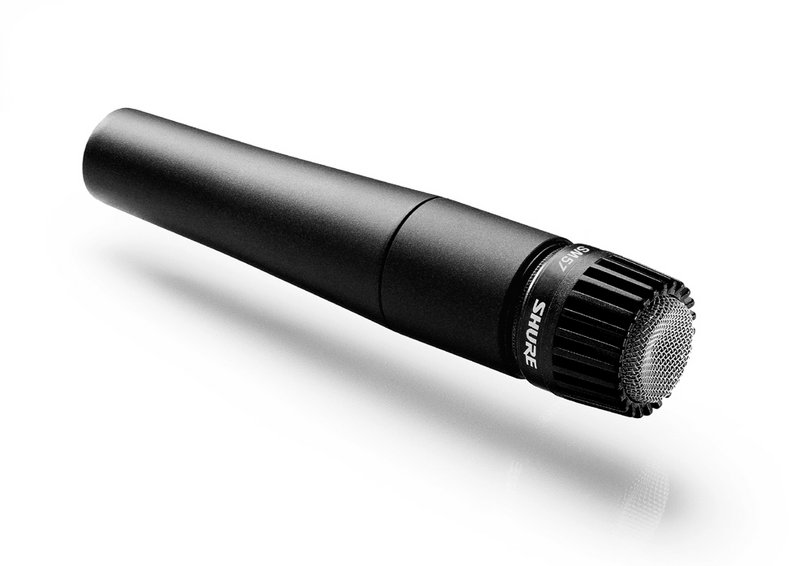 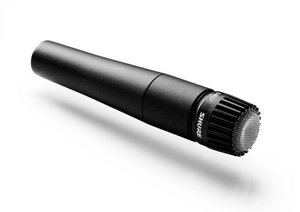 The SM57 is a dynamic microphone produced by Shure since 1965. It is well-known for its durability and reliability. The SM57 is marketed as a microphone for recording instruments because it can handle the high sound pressure created by drums or guitar amplifiers. Well-known albums recorded using the SM57 include Californication by the Red Hot Chili Peppers, Rumours by Fleetwood Mac, and OK Computer by Radiohead. The SM57 is also extensively used for vocals, including the voice of every U.S. president since Lyndon B. Johnson.

The SM57 generally does a good job at reducing background noise because its cardioid pickup pattern only receives noise from the front of the microphone. If you want to use the SM57 for recording, you will need a preamp or an audio interface to boost the input signal from the XLR output on the microphone. As a dynamic microphone, however, the SM57 does not require external phantom power.

The SM57 has a gray, indented grille at the top surrounded by a ring of black slotted metal. You can identify this model by looking for the words “Shure“ and “SM57“ written around the sides of the mic. Shure also makes the SM58, a vocal-focused sibling to the SM57, which has a spherical grille at the top. You can read this article from Shure to see the differences between the two famous mics.